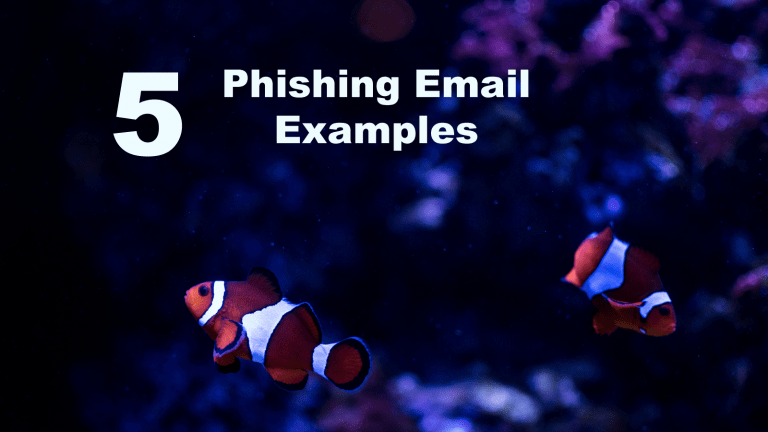 Phishing emails are used for a variety of purposes, all of them malicious in nature. I sure you’ve seen an email claiming that your long-lost cousin wants to suddenly send a sizeable chunk of money via wire transfer money to your bank account. You need only to supply the sender with a few details and magically you will inherit a cool million dollars. Yes, of course it’s a scam.

Once a neighbor ran an email by me. He wanted to know if a random email soliciting him for some non-existent United Parcel Service (UPS) job was legit. It wasn’t. I had received the same phishing email making me suspect that it was someone in our children’s school who was spamming the parent contact list! I had to explain to him that the landing page for the email blast had nothing to do with UPS or an actual job. It wasn’t even form a head hunter. I then showed him show private data, like his birthdate and home address, would be scammed from the fake job application process. It is amazing what people will fall for but if you are not working with email and technology on a day-to-day basis, then it is easy to fall victim to hackers.

Another common phishing email example is the one that is used in conjunction with a social engineering cyber attack. Hackers use social engineering to gather personal information about a target. For example, the hacker may have acquired your email address from a social media site like Facebook or LinkedIn where you share your contact information with friends.

A spammer sends an email blast to a few hundred or thousand unsuspecting recipients. The email can even mention the forum where the email was acquired to make it sound more legitimate. For example, the scam may be asking the reader to reset a Facebook password. This is a common phishing email and is an attempt to gain even more data about you like your account password or birthdate

A skilled hacker can glean thousands of email addresses by scraping data from open forums and chat groups. Groups users are there with other, honest intentions, but hackers are out to make money. A spear phishing email attack is generally much smaller scale than a broad phishing email. Spear phishing email are sometimes only sent to one target.