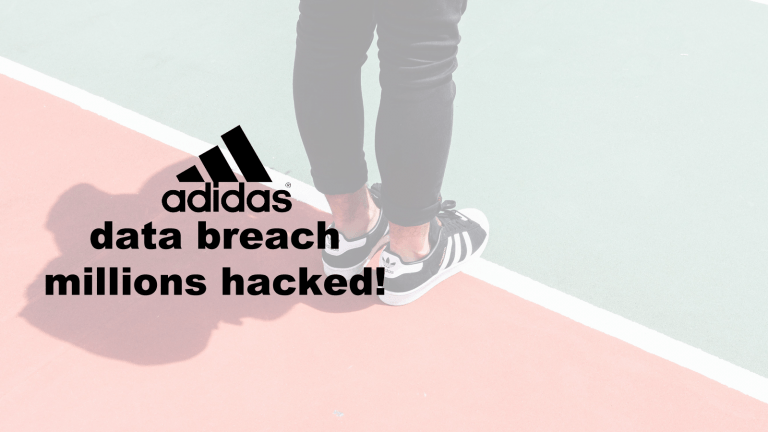 Adidas AG reported this week that the US version of the website was hacked. Millions of American customers’ data was hacked. The notification was announced on June 28, 2018. An Adidas representative reported that they became aware of the hack after they were contacted by the hackers. The press release did not mention exactly how they were contacted by the hackers or if there were any demands.

Millions of Adidas web customer data was leaked in this hack compromised. Only customers using the US version of the website, https://www.adidas.com/us , are affected by the data breach. Adidas is a global company with 54 language versions of its website. In this cyber attack, the hackers only targeted the US version of the website so no customers from other countries are affected.

According to the company’s preliminary investigation, the hacked data includes customer contact information, account usernames and their associated encrypted passwords. At this time, officials at Adidas do not believe that customer credit card information or fitness data was breached.

Like other companies that have suffered cyber attacks, Adidas is working with a third party cyber security investigation company. This will help determine what data was compromised and how many customers the hack affects. It is common for hacked firms to revise, especially increase, the number of customer records stolen. The type of hacked data is also commonly revised as the cyber security investigation advances. Bringing in a third party also helps with customer relations as it helps to reestablish trust with customers who have had their data compromised.

Adidas is a global German sportswear and athletic shoes company founded in 1924 in Herzogenaurach, Germany. The Adidas three stripe logo is highly recognizable. Adidas is the largest sportswear manufacturer in Europe and the second largest in the world behind Nike. and athletic gear company. Adidas has experienced a surge in popularity recently as it is becoming fashionable athleisure wear.

Adidas joins the ranks of multi-national companies that have suffered a data breach. Hackers acquire the customer information of thousands or even millions of consumers through websites and data storage apps. Hackers find doorways into user data from a range of vectors.

Other recent large data breaches include Yahoo!, the Equifax Credit Bureau, and Chili’s Restaurant malware attack. Even apps and games are vulnerable like MyFitnessPal and Fortnite found out. Victim opens an email and follows malicious instructions. There are also more precision attacks include targeted spear phishing attacks and social engineering attacks. Malware and ransomware have made the rounds this year as Russian hackers infiltrated routers with VPNFilter malware. Computer systems. WannaCry was perhaps the most well-known malware but Bad Rabbit also spread globally to unsuspecting users.