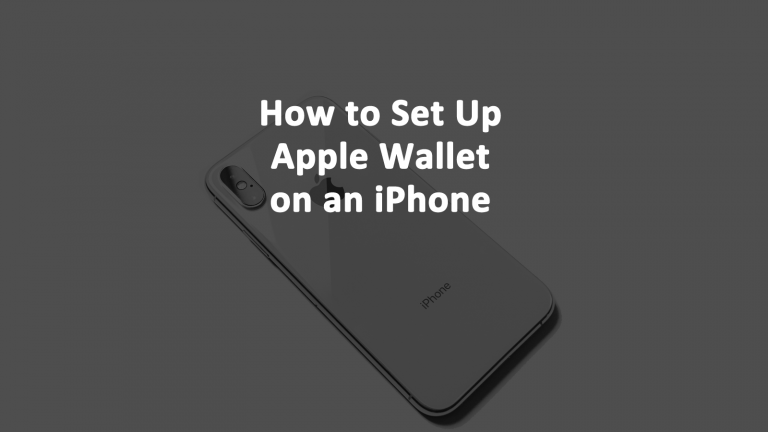 How to Set Up and use Apple Pay on your iPhone – Secure shopping for payment cards, boarding passes, public transportation tickets, store loyalty cards

Apple Mobile Wallet is an iPhone app to make smartphone payments in person and online more convenient and more secure. Using a mobile wallet is as easy as swiping a payment card at the checkout and it is a more secure form of shopping with your smartphone. Apple Wallet can be used to store payment cards, boarding passes, public transportation tickets, and even store loyalty cards. iPhone owners in the UK can use Apple Wallet to store their driver’s licenses.

Apple Wallet, also called Apple Pay, is the most widely used mobile wallet in the United States. The app was introduced by Apple in late 2014 along with the launch of the iPhone 6. It is a contactless way to pay online and at checkout registers. While no payment method is 100% hacker proof, using a mobile wallet is more secure than presenting a physical card at the checkout.

Apple Wallet is installed on all iPhones. It does not work on iPads, but the user can pay with an iWatch if they have the app setup on their phone. Apple Wallet, formerly known as Apple Passbook, cannot be deleted from an iPhone.

According to Statistica, the number of Apple Pay users worldwide is about 441 million. Globally, 48 percent of iPhone owners use Apple Wallet for payments. One factor of its higher usage worldwide is greater acceptance on public transportation in China, Japan, UK, and Russia.

There are alternate iPhone wallets to use like Amazon Payments and PayPal wallet. PayPal Wallet reaches 53.5% of the mobile users in the United States.

More than half of US consumers, 65%, avoid using mobile wallets because of security concerns. Mobile wallets are considered to be more secure for smartphone shopping because payment cards do not have to be presented at the checkout. This eliminates the possibility that the card is lost, left at the checkout, or stolen. The payment card does not have to be carried around so that eliminates any chance of the card being lost. Hackers can also steal card numbers by using RFID readers. A hacker uses a cheap piece of hardware to scan credit cards from people as they walk by in busy shopping centers or on the street. Once I was walking with a friend on Las Vegas Boulevard. Her card numbers were stolen by someone as we walked down the busy street at night. She had not used the card and it was in her bag the entire time. We found out about the theft when her bank called to verify a transaction.

Using mobile wallets also affords privacy protection for consumers. Retailers track shopper behavior through use of their website, app, and your payment information. When you use a mobile wallet to pay at the checkout, the retailer cannot track your shopping history through your credit card. Their access to your information is limited.

Using a mobile wallet to pay online and in stores also protects your card from being hacked in a data breach. When a mobile wallet is used to pay, the retailer does not receive the full payment card number or customer details. Last week, the convenience store Wawa announced a massive data breach. Hackers stole payment card and customer information from customers over a period of ten months in all 850 Wawa locations. All stores and payment POS terminals were compromised. A mobile wallet would have shielded Wawa customers from having their information stolen.

How Do I Setup My Wallet on My iPhone?

The Apple Wallet App comes preinstalled on iPhones and cannot be deleted. Twenty-seven percent of U.S. consumers report that they do not use mobile wallets because they are afraid of losing their phone. Before adding any payment cards to Apple Wallet, iPhone owners should enable security features to protect their phone and money.

iPhone requires uses to save Apple TouchID (fingerprints) and a Passcode on the phone and use them to authorize transactions. TouchID can be disabled for purchases.

What Cards Can Go in Apple Wallet?

Apply Pay users can add a card to an iPhone by opening the app, navigating to the Add Card tab, and snapping a photo of the card.

How Do I Use Apple Wallet on iPhone?

Open the Apple Wallet on iPhone. Select which card to use. Hold the iPhone to the card reader at the checkout. The iPhone will prompt you to authorize the payment with your fingerprint that is authorized on the phone.