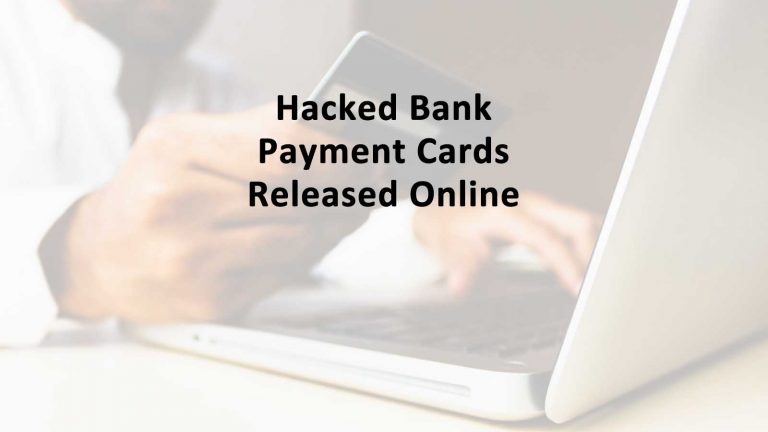 Payment cards stolen from a Banco BCR ransomware attack have been released online. The hacking group responsible for Maze ransomware began releasing the stolen credit card and debit card numbers to make good on threats to publish the stolen cards if their demands for payment were not met. The hackers behind the Maze attacks claim to have 4 million payment card numbers.

The compromised payment cards were stolen in the beginning of this year fromstate-owned Bank of Costa Rica, Banco BCR.  Security firm Cyber confirmed that about 2GB of data containing payment card numbers was posted.  The hackers responsible for Maze ransomware attacks always threaten victims with releasing stolen information online if they do not pay the demanded ransom. They have delivered on this threat numerous times.

The Maze ransomware hackers are also responsible for the successful cyber attack on the city of Pensacola, Florida and insurer Chubb.

Maze first compromised Banco BCR  in August 2019 and again in February 2020.  Cyber security researchers at Cyble reported that a 2 GB tranche of stolen payment card numbers posted online by the hackers was from Banco BCR. The data included details such as MasterCard and Visa credit card numbers as well as debit card numbers. The stolen cards include about 140,000 supposedly belonging to U.S. customers.

“We apologize in front of all clients of Banco BCR and all those who were using its services for publishing your personal data. We regret that Banco BCR and regulators don’t care about their clients and their personal date,” according to the post. This is not the first taunt by the Maze hackers. When a variation of Maze was seen in January 2020, the hackers left a message for cyber security researchers.

“Without malware, your [sic] work will be boring as hell, what will you cover?” the Maze developers wrote in response to the security researchers. “I know you hate us, but you need to know that we love you researchers, without you our job also would be f****** boring as hell.”

Ransomware is a type of malware deployed to infect and take control of a victim’s computer. The hackers use ransomware to encrypt data, files, or the entire computer and hold it for ransom.o

What is Maze Ransomware?

Maze ransomware, formerly called ChaCha ransomware, was reported in late May 2019 by cyber security researcher Jerome Segura at Malwarebytes. It was originally spread on a spoof website set up to sell website traffic from advertising networks. The ransomware spread using exploit kits, remote desktop connections that use weak passwords, or phishing emails that impersonate a trusted sender.

Once it infects a machine, Maze encrypts files, renaming them with a different extension. The ransom ids different depending on whether the affected computer is a home or office machine. One thing that makes Maze ransomware attacks unique is that the hackers always threated to release the stolen data online if their demands for ransom are not met.

Maze was distributed in October 2019 via phishing email that impersonated the Italian Revenue Agency. The malicious emails were sent to Italian manufacturing companies and claimed to be a notification of tax related law enforcement actions. The target was instructed to open the email attachment VERDI.doc in order to avoid further tax assessment and penalties. The attachment infected the recipient’s computer with Maze malware.