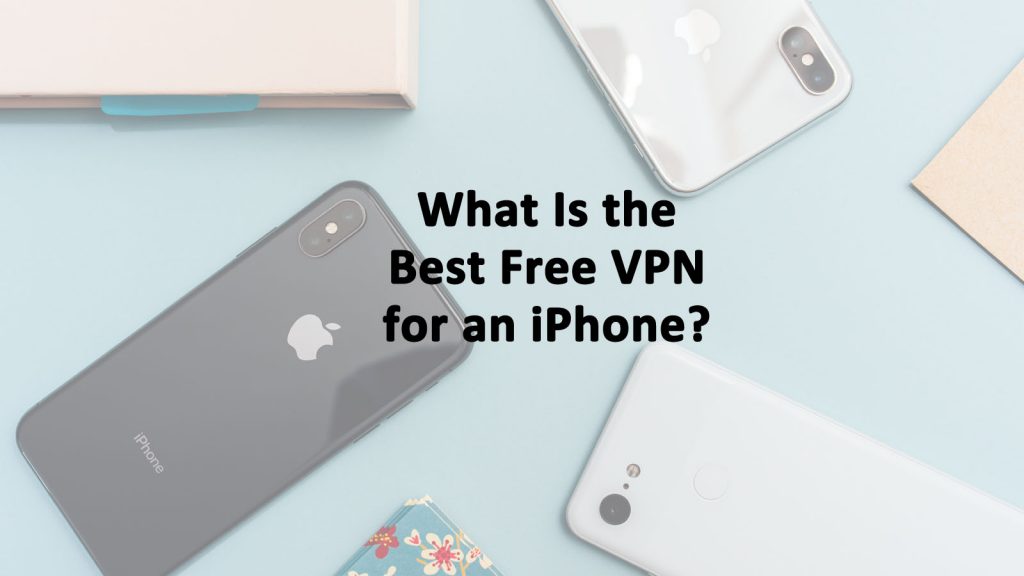 The best free VPN for iPhone or iPad is an app that is quick to install and easy to use. Free VPN apps for iPhone or any mobile device are usually are limited by data restrictions or type of media they can be used to view. For example, many free VPN apps won’t allow you to watch streaming media. There are a few apps that can make your iPhone more secure for shopping online– that is using a trusted virtual private network (VPN)

Virtual private networks, called VPNs, allow users to access global content even if they are in a region where the certain types of content are blocked. For example, sporting events, like soccer matches, are often restricted by geographical location unless you pay for special viewing subscription. VPNs can be used to bypass censorship that restricts freedom of speech or religious freedom for messaging apps and websites.

Some governments block popular social media apps like Facebook and messaging apps like WeChat. VPNs unblock them by changing routing your device’s internet connection to other countries making it appear that you are somewhere else. With the best VPN for iPhone, your messages, photos, and videos will all be encrypted.

VPNs can be used to watch blocked content like Netflix at work or to use Snapchat at school. But most importantly, security apps protect your privacy online. Your web activity cannot be tracked. Your internet service provider will know that you are using a VPN, but they cannot see what you looked at. The web pages you look at, the messages you receive or send, and any photos you share are all kept private when you use the best VPN for iPhone.

Will Using a VPN Slow My Browsing?

It depends on the app you use. Some VPN apps have little or no noticeable lag for web browsing or email usage. A lot of the connection speed depends on the location of the server. Many free VPN apps for iPhone don’t allow you to choose the country the server is in or server location that you connect to and route your traffic through. So, if you end up on a server that is physically far away from you, the connection could be very slow.

If you need to connect to a server in another country, say to watch British soccer from the United States, the connection may be slow because you are far away from the British server. If you are using a server in your same country or even in the same city, then your connection speed should be much faster.
To use a virtual private network on your iPhone you only need one of these best free VPN iPhone apps listed below. They are easy to use no technical skill is needed.

Is My Online Privacy Worth Paying for a VPN?

Some internet service providers are allowed by law, to sell aggregate data about everything you do online while using their internet connection – even if you pay for the service. They may track you across multiple devices or locations. Some people are comfortable trading their private data and activity for free access to WiFi or apps. Others are not. Using free WiFi connections can easily lead to hacked passwords, passwords, and stolen credit cards. Many successful hacking attempts that result in stolen identities or stolen money, begin with social engineering attacks with usernames and passwords hacked from public WiFi connections and social media logins.

Is There A Completely Free VPN?

Yes, there are completely free VPN apps available. Some of them use advertising to offset their costs or to make money, but not all.

Which Free VPN is best?

I have found that TunnelBear is the best VPN app that is ad free. As long as you can live with the monthly data restriction and aren’t selective about the server location, this is the best choice. If you need more data or watch a lot of videos, try a paid TunnelBear plan instead. 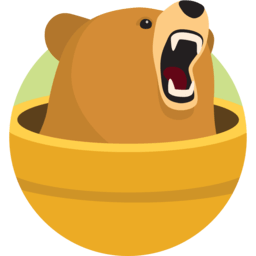 Who doesn’t like cute bears that safeguard your privacy? TunnelBear VPN is a super easy to use app was the very first VPN I ever used on my phone. With the TunnelBear for iOS app – iPhone & iPad – you will get secure web browsing and data connectivity. With a completely free VPN account you can connect with up to five devices at once. The app is very simple – and cute – to use.

TunnelBear for iOS is quick and easy to install on an iPhone for secure shopping and browsing. I was able to increase my monthly data by tweeting to TunnelBear. TunnelBear VPN has apps for iPhones, iPads, and Mac devices as well as Android phones and Windows laptops.

I’ve used TunnelBear in airports where some of the slowest WiFi in the world exists. Seriously, I used TunnelBear successfully in Newark, New Jersey (EWR) and it worked really well.

Like most free VPN apps for iPhones, TunnelBear has a 500MB monthly data limit. You cannot choose your server location either. Free VPNs have limited features – it’s just the way it is. The app has always connected to a US or Canadian server when I’ve used it, so it’s reasonably fast anywhere in the United States.

To get unlimited data, upgrade to paid plans which start at $4.99 per month if paid yearly. If you pay monthly, it’s $9.88 per month. 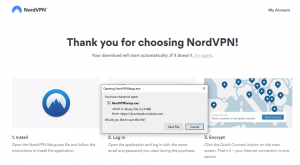 NordVPN is one of the most reputable VPN apps out there. It works with most devices. The app can connect to your choice of over 5500 servers located in 58 countries. VPNs work the fastest when you connect to a server that is physically close to your location. For example, if you are in the UK and connect to a server in Mexico, your data speed will be slower than if you have connected to a VPN server in Europe. So, if you are going to be travelling, you will be able to choose from thousands of servers all over the world which will make your user experience better. You can connect up to six devices – iPhones, iPads, MacBook, or Android devices – all at the same time.

You can use NordVPN for free for 30 days which is great if you just want it for travelling or short-term use. After that you will have to convert to a subscription which are pretty reasonable. if you buy NordVPN and are not happy with the app, you can ger a refund within 30 days.

IPVanish VPN is easier to install and use than NordVPN, but it only has a seven-day free period. After that you will have to pay to use the service. However, IPVanish costs less than NordVPN does. With a lower price, comes tradeoffs. IPVanish VPN had fewer servers to choose from – about 1300 – to connect to in 75 locations. Note, that’s locations, not countries which will affect your connection speed if you plan on using the IPVanish VPN while traveling. NordVPN has over 5000 servers. One big advantage to IPVanish is that you can have ten devices – iPhones, iPads, MacBook , Android phones, Windows laptops – connected at the same time. Since many of us share online accounts, this is a big advantage. You can buy IPVanish plans are cheaper than NordVPN.

Still undecided? Read out in-depth review of NordVPN vs IPVanish VPN Review – Which VPN is Better for You?

VPNhub’s free plan was originally available only for mobile devices, only but now it works on iPhones, Android phones, MacOS, and Windows computers. There are numerous complaints about speed and connectivity issues on the Google Play store. There is no mention of how many servers you can connect to or in what countries they are located in. So, if you are trying to hide what city or country you are in due to censorship concerns, this is not the best free VPN iPhone app for your needs.

If you want to upgrade to a paid plan because you don’t like ads, VPNhub pricing is steep. Monthly plans are $13.99 USD. To save money you can pay for one year up front at $83.88 which is $3.49 per month. If you want to connect to another location other than a US server, then you will have to upgrade your plan.

McAfee offers a free VPN for iPhone and iPad, but it is extremely limited in features especially when compared to apps like TunnelBear. The product, called McAfee Safe Connect, gives you only 250MB per month of data and allows you to connect only one device. Access to content blocked by geographical restrictions – like religious content, sports – not allowed by McAfee free VPN for iPhone

Pricing for McAfee VPN is higher than for competitors’ prices, but McAfee offers a large suite of online security products which are very reputable.

Free VPN apps are generally safe to use but you have to read the terms of service first. Last week, the Czech Data Privacy Office launched an investigation into a VPN service called Avast. It turns out that Avast was sharing online browsing and shopping data about all of its users with their subsidiary. The division of Avast, called Jumpshot, was a data analytics service and was selling stats about customer internet usage. Jumpshot tracked website behavior, location, and purchases through the Avast apps. Although Avast claims this usage within their terms of service, most users did not realize how invasive the data collection and sharing really was. Jumpshot shut down operations overnight.

How Do I Download Free VPN To My iPhone?

VPN apps can be downloaded to your iPhone right from the Apple store. You will need to create an account, even if you are only using one of the free VPN apps for your iPhone. If you upgrade to a paid VPN service to get more bandwidth or monthly data, you will need to add payment information. Never download an app from outside an official app store unless it is a brand you know and trust.

Is a VPN illegal?

A VPN is legal in the United States. They are illegal in China because of government censorship.