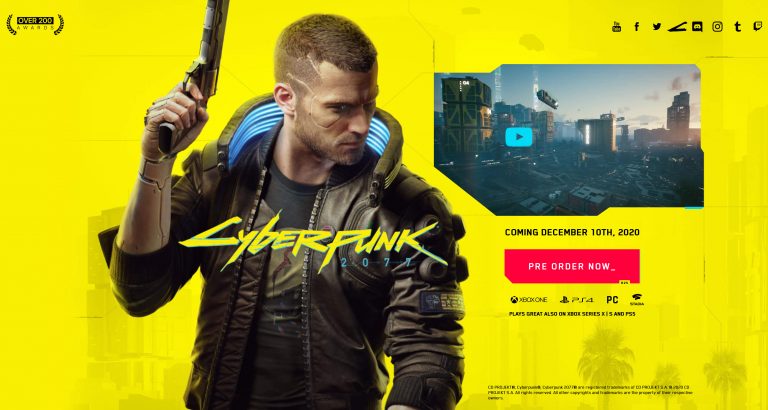 With any highly anticipated game launch, there are loads of scammers trying to steal game codes, Xbox Live or PlayStation Network accounts, and money from players. With Cyberpunk 2077 coming out very soon, it’s no different.

Several websites have been found offering free Cyberpunk 2077 game downloads. The malicious websites all work the same. If the user clicks on the link to get a free copy of Cyberpunk 2077, the site downloads a malicious installer on their machines, says a report from security researchers at Kaspersky Labs.

To continue the dodge, the malware shows a splash screen with some useless buttons that supposedly configure and start the game download.

If the user clicks on the button to get a license key, they are prompted to take a survey or enter sweepstakes to get a game code. The survey prompts the victim for contact information which is harvested by the scammers.

Cyberpunk 2077 is CD Projekt Red’s newest game. It is set in dystopian Northern California, specifically in Night City. The game is set in the year 2077.

When is Cyberpunk 2077 coming out?

Best Buy has been accidentally sending Cyberpunk Collectors Editions of the game out to individuals early – meaning before the release date. That means, it’s possible that a scammer could send physical copies of the game to an individual, journalist, or review site telling them that the copy is from Best Buy or another retailer. The fraudster could legitimately claim that a copy of the game was accidentally shipped to them before the official Cyberpunk release date.

Furthermore, digital download codes have been difficult to come by for reviewers. Journalists and player influencers are commonly offered access before a game is officially released to the public so they have time to work on a review. Typically ,a reviewer would get a copy of a video game up to a month ahead of the date the game becomes available to the general public. That way, they can post a review on launch day. The journalist gets a free copy which drives sales for the game company.

The early release date opens up an opportunity for fraudsters. A malicious actor, pretending to be from CD Projekt Red, might target journalist with a phishing email. The messaging could offer them a game code to unlock Cyberpunk. If the victim journalist is tricked by the email and is lured into visiting a spoof website (like the ones shown above) to download their fake reviewer copy, it could infect their machines with malware or steal data.

Since there are no microtransactions in Cyberpunk there is no money to steal. Also, there is no multiplayer mode. So players should not fall for scam account related emails – but all too often they do.

Since Cyberpunk does not have multiplayer, you don’t need an Xbox Live or PlayStation Network account to play. So, if anyone sends you an email saying you’ve been locked out of Cyberpunk multiplayer, then you know it’s a scam.

How to Protect Against Cyberpunk scams