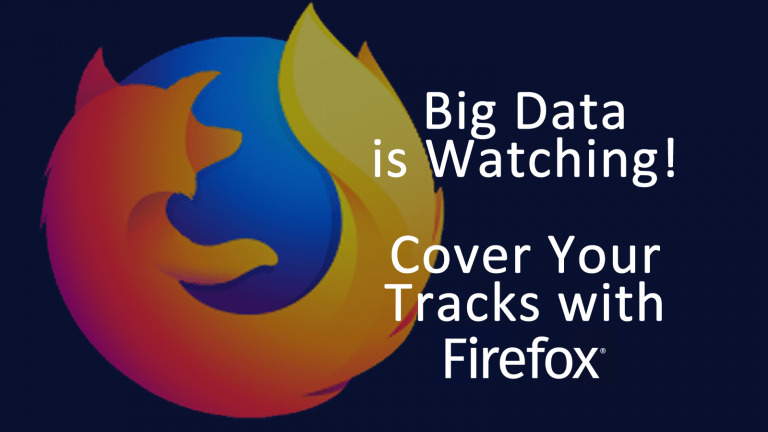 How to Stop Websites from Tracking You Online

Firefox stepped up their privacy game by offering content blocking and online tracking protection to their users. Content Blockers are turned on, by default, for private browsing windows. Mozilla Firefox users can also turn on content blocking in non-private windows when they want more data privacy from advertisers, social media sites, and other websites that track their every move.

Mozilla Firefox’s Content Blocking gives all users the ability to enable Tracking Protection full-time. Previously it was only available while using Private Browsing. The new privacy settings allow users increased control over tracking technology that can follow them from website-to-website across devices and in apps. This version of Firefox (version 63) lets users block third-party tracking cookies or block all trackers. Users can also create exceptions for trusted websites, e.g. sites they pay for a subscription to, or those websites that don’t work properly with content blocking. Online trackers listed on the Disconnect.me blocklist are targeted by the new data privacy feature.

Content Blocking and Third-party cookies tracking can be turned on (or off!) for both Private Browsing and non-private browsers.

The Only in Private Windows Option Turns Content Blocking on only if you’re using an instance of Firefox’s Private Browsing. The Always option is as it says, always on

How Do Online Trackers Work?

Tracking refers to the monitoring and collection of a users’ online data and web browsing behavior as they surf content and make purchases online. Tracking can occur across multiple websites and apps. For example, Google tracks internet users across Google Maps, its Chrome Browser, and YouTube. The justification for tracking is carried out under the banner of improving the users’ experience. But read the legalese and you will often see that tracking data is used to target advertisements.

What is Mozilla Firefox?

Firefox is an open source web browser developed by the Mozilla Foundation. Firefox is free and available for multiple desktop and mobile device operating systems. A previous Firefox update featured an extension known as Facebook Container, which blocked Facebook trackers.