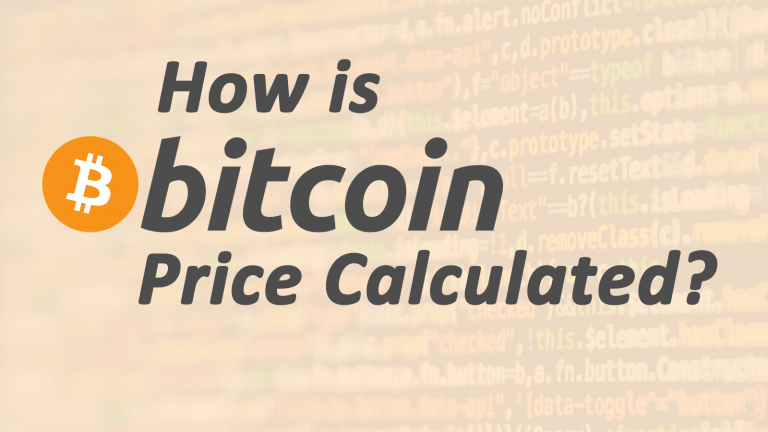 How is Bitcoin Price Calculated?

Bitcoin price is calculated, like any other money – whether governmental or cryptocurrency – not by the value of gold or other commodities. Remember value and price do not mean the same thing!

Bitcoin is publicly traded. Its value is determined by people’s desire to control a currency that is not backed or controlled by a governmental agency. Like all cryptocurrencies, it retains its value because people have faith that Bitcoin will continue to have value, will be honored as a form of payment, and will retain its value. As a cryptocurrency, Bitcoin has secure value. Its mining is monitored publicly.

In September 2017, China banned all initial coin offerings (ICOs) and Bitcoin exchanges. The government believes that cryptocurrencies are used for illegal financing activities. That ban means that residents cannot buy or sell any cryptocurrency.

A Wired Study study showed that 45% of all Bitcoin exchanges end up closing. In August 2011, MyBitcoin was hacked and shut down leaving 78,000 Bitcoins unaccounted for. Bitomat closed in July 2011 when the owner lost access to the wallet file that held the exchange’s 17,000 Bitcoins. Mount Gox, A Japanese Bitcoin exchange, that handled 70% off all Bitcoin traffic dedicated Bankruptcy in 2014 with $390 million USD of Bitcoin missing. The CEO was charged with embezzlement. In 2016 Bitfinex was hacked. The exchange lost $72 million USD is customer owned Bitcoin in August 2016.

The European Sovereign Debt Crisis of which occurred from 2013 to 2013 is believed to have spiked the price of Bitcoin and credibility. The Debt Crisis involved Greece, Portugal, Ireland, Spain, and Cyprus. Many started to think that certain government currencies wouldn’t be around forever or at least some may not be able to pay their debts. In April 2013 Bitcoin dropped to $50 USD per coin.

Bitcoin has been tracked on the New York Stock Exchange since 2013 under the ticker NYXBT. Today its price is over $5000 for the first time since its inception. Bitcoin has no intrinsic value. Its price is high simply because that’s what people are willing to pay for it.