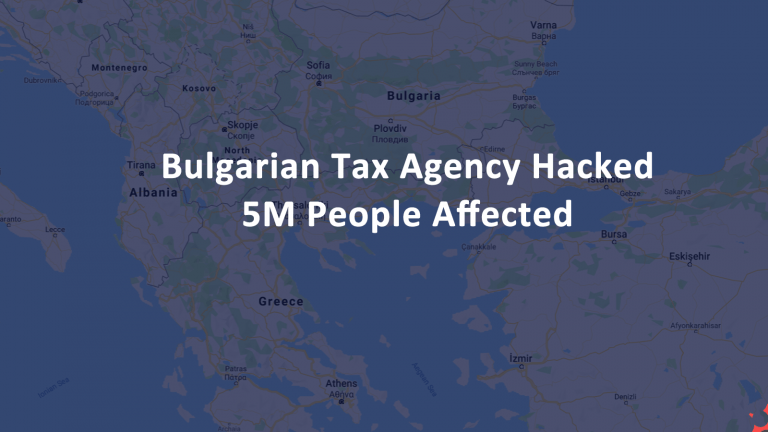 According to Bulgarian new, the hacker delivered a message along with the data dump, “More than 5 million Bulgarian and foreign citizens as well as companies are affected.” The alleged hacker sent a second message claiming to be Russian and threatening to release more hacked data – a total of 21 GB including the 11GB already released. Total databases claimed to be hacked is actually 110, another 43 more than the 57 sent in the initial data dump. The hacker claimed that the IT system was vulnerable for eleven years and that they had supposedly acquired the data in 2012.

The data was taken from Bulgaria’s NRA and is the largest data breach in the country’s history. Compromised records include the personal information of Bulgarian Finance Minister Vladislav Goranov. The preliminary cyber security investigation showed that the hack occurred one month ago via the value-Added Tax (VAT) reimbursement service (VATrefund).

Using a Yandex email address, hackers emailed a download link to a cache 11GB of the hacked financial data to local Bulgarian news media on 15 July. The data was in comma separated variable (.csv) format which is a common database export file format. Names of folders seem to indicate which agency the data was taken from. For example, one folder, NZOK, is for National Bulgarias’s Health Insurance Fund. Some folders contained tax return data gong back as far as 2017. While another contained photos of people who registered with online gambling sites.

Yavor Kolev, chief of Bulgaria’s Cybercrime Department of the Directorate-General for Combating Organized Crime, announced that the hacker had been detained. The cyber security incident may have been in retaliation for Bulgaria spending $1.3 billion on eight F-16 fighter jets purchased from the United States.