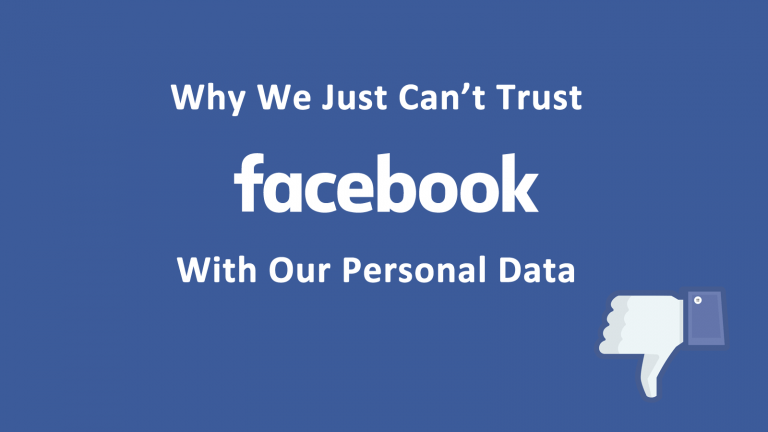 Facebook shared its users’ personal data with over 150 companies to make money. Most of those businesses were other tech companies but other industries like banks were involved too. The New York Times (NYT) blasted Facebook with data privacy allegations in a lengthy post about its investigation. Along with Facebook, Silicon Valley tech giants such as Amazon, Netflix, Spotify, and others are called out for their access to the alleged use of private Facebook user data.

Facebook is the world’s largest social media channel with over 2.2 billion users.

Facebook gave third-party companies permission, unbeknownst to their users, to harvest their personal data. The NYT report details their finding from 270 pages of Facebook internal documents and interviews with over 60 people. Some the interviewees were employees of Facebook business partners and some were former Facebook employees who worked on the special access privileges.

Facebook and rival, Google both cultivate extensive treasure troves of data on the general population. Because data mining is where the money is. The personalized data allows them to rule online advertising. Not only do the tech giants sell advertising space they make money by granting companies access to their wealth of user behavior data.

Facebook’s largest partners had Access to More Data than Cambridge Analytica did.

Microsoft is one of Facebook’s many large business partners. Bing is Microsoft’s search engine which is a competing product to Alphabet’s Google.com. Facebook gave Microsoft special access exposing the names of Facebook user’s friends to Bing. This was done without the Facebook user’s consent according to the NYT article. Even worse, Netflix and Spotify had the ability to read private messages on Facebook. According to Microsoft, Bing used the Facebook data to build a database of Facebook user profiles on Microsoft servers. No details were provided other than to say that the data, which was deleted, was not used for advertising.

Facebook also allowed streaming services Spotify and Netflix the ability to read, write and delete Facebook users’ direct (private) messages. All participants in the conversations were also exposed. The Royal Bank of Canada was also granted the same privileges. Spotify still offers the option to share music through Facebook Messenger. Netflix and the Royal Bank of Canada have deactivated their respective features that used that data.

Although Facebook told the public they had stopped certain data sharing practices, the company continued to allow Amazon.com to glean usernames and contact details from Facebook users and their friends. Yahoo! was granted access to view streams of friends’ posts up until the summer of 2018 – even after Facebook said they stopped sharing user data.

Yahoo had monthly access to Facebook user data and, according to the NYT article. It was used to display Facebook newsfeeds as well as their friends’ posts on Yahoo.com. Yahoo deep-sixed the feature in 2012, but still has access to data.

Yandex, a Russian search engine, had access to Facebook’s user IDs. That access was available via the API for all developers until it was revoked by Facebook due to data privacy issues. Yandex still had access to that data until 2017, after it was cut off from everyone else.

2009 –A new feature, called Instant personalization launched with Facebook changing the privacy settings of its 400 million users, making some of their private information public. The data was then shared with Microsoft and other data sharing partners. The exposed data include location data as well as religious and political leanings.

2014 – Facebook terminates their instant personalization feature. Business partners Bing, Pandora, and Rotten Tomatoes still have access to most of the data they had via Instant Personalization.

2017 – Bing still has access to most instant personalization data

Spring 2018 – The FTC opened another inquiry into Facebook’s compliance with the 2011 user data consent order. The DOJ and SEC were also investigating

Facebook never asked for consent to share data with these business relationships. They seemingly entered into money-making deals with no prior informed consent from their users. It is true that Facebook users can attempt to control thier privacy settings and limit what data is public and shared with the apps connected to Facebook via the API. However, some of Facebook business relationships had access to users’ data even if all data sharing was shut off. The NYT post reports that, “Many of the partners’ applications never even appeared in Facebook’s user application settings.”

Facebook maintains that the partnerships are covered by an exemption to the consent decree. In 2011, Facebook entered into an agreement with the FTC. IN the agreement, Facebook users must give their consent to any data sharing. However, Facebook believes they can skate by that consent requirement. Execs grouped data business partners under a category that is entitled to an exemption to the FTC agreement. Companies that are “service providers” would be exempt from the FTC agreement as long as they use the data “for and at the direction of” Facebook and function as an extension of Facebook.

According to the NYT report, Facebook used contact lists from partners Amazon, Yahoo, and Huawei to amass more data on its user base. China based Huawei is the world’s second largest smartphone manufacturer. The company is a global smartphone and tablet producer and telecom company suspected of connections with the communist Chinese government. Facebook classified both BlackBerry and Huawei as integration partners again making them exempt from the FTC consent ruling.

Russia’s Yandex is also classified as an integration partner.

All Information Sourced from: