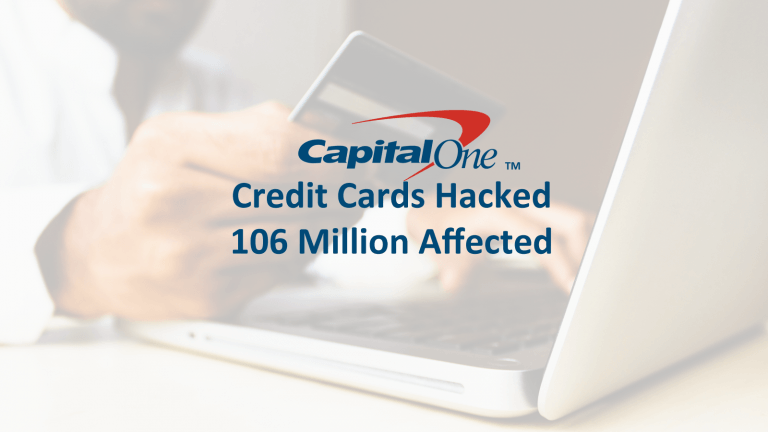 The Federal Bureau of Investigation (FBI) has already arrested and charged the suspected hacker. Paige Thompson, a software engineer and former employee of Amazon Web Services. Thompson hacked into Capital One cloud computing services, a web service used by Capital One, on July 17 and exploited a misconfigured web application firewall to gain access to customer data. Computer fraud and abuse is punishable by up to five years in prison and a $250,000 fine.

Thompson, aka erratic, posted a message on a Slack channel, a messaging service used by businesses and developers stating. “I wanna get it off my server that’s why I’m archiving all of it lol,” Thompson posted. She had put the information on her GitHub account using her full name. She also Tweeted that she had taken the Capital One information. A person who saw the data on GutHub notified Capital One. The web server vulnerability has since been patched.

What Do I Do About the Capital One Hack?

Capital One is not providing a way for credit card customers or credit applicants a way to check and see if they are victims of the data breach. According to their website post, the company will be notifying those who are affected and supplying free credit monitoring and identity protection available to them.

Hackers frequently dump personal data online or sell credit card data on the dark web. Hackers and scammers but the stolen credit card numbers and used them to buy items online or take cash advances. Identity theft is when a scammer uses someone else’s name, address, social security numbers and other personal data to open up credit cards or other financial accounts in the victim’s name. Fraudulent accounts can be used to receive money from other scams. Identity theft can also be used in conjunction with tax scams to steal income tax refunds or file erroneous tax returns.
Scammers can also buy hacked personal data on the dark web and use it for various scam calls. The goal is to trick and intimidate spam call recipients into sending money to bank accounts that hacker can access.

If you suspect your data has been stolen and that you may be one of the Capital One data breach victims, then:

If you need help identifying phishing emails, types of scams, or how to stay safe while traveling, please read our posts and cyber security guides