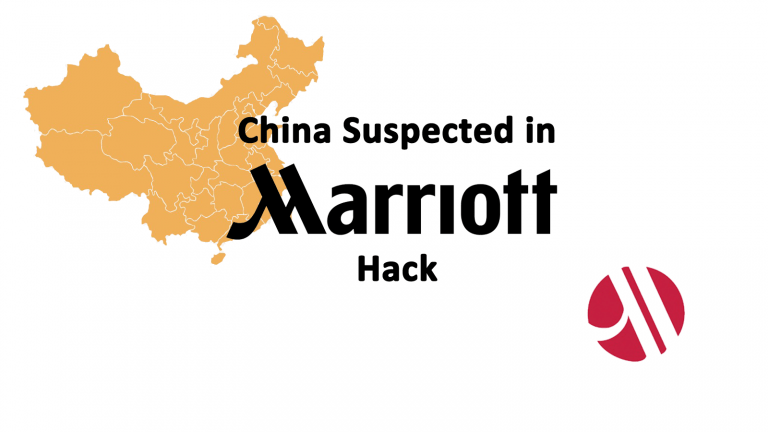 Federal investigators believe the Marriott Hotels hack was a Chinese sponsored cyber security attack. The Marriott hack exposed the records of an epic 500 million hotel guests that stayed at Starwood properties. It is believed that the hack is part of a larger effort by the Chinese government to gather data about travelers, business travelers, and politcians. China’s Ministry of State Security is believed to be behind the cyber attack.

China’s Ministry of Foreign Affairs, which would be responsible for investigating the Marriott hack, has denied all knowledge of the Marriott hack. However, the hackers used computer code and patterns that are consistent with those used in previous cyber attacks launched by Chinese hackers.

The Ministry of State Security is China’s civilian spy agency that is controlled by the Communist government.

Starwood’s hacked data has not appeared on the dark web, so it is believed that it is being used for data collection and espionage.

The Marriott hack is believed to be a continuation of the US Office of Personnel Management data breach that occurred in 2014. In that incident, Chinese hackers stole the personal data of over four million current and former government workers. The data included security clearances, financial data, spousal and significant other relationships, data on children as well as information on meetings with foreigners.

The US State Department quickly reassured travelers that US passport information alone is not enough to cross a border successfully. However, that is not the crux of the issue. This is valuable data for spies and foreign adversaries. The travel patterns of high-profile business people and politicians are also exposed.

Passport information would be particularly valuable in tracking who is crossing borders and where they travel to. It also supplies a photo along with a name and identification number. This massive collection of personal data includes travel habits that can be used to expose spies, recruit intelligence agents, and build a wealth of information on Americans’ personal data.