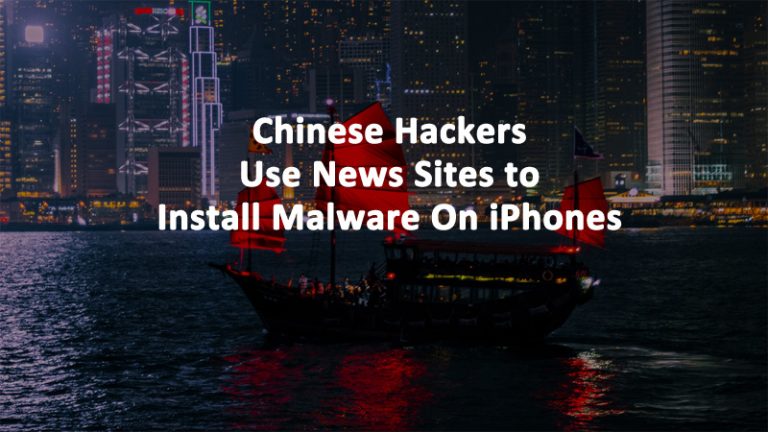 Hackers are using a watering hole news website to install malware on iPhone users’ devices. The cyber attack is reported by Kaspersky Labs and Trend Micro . It is believed to be related to a known Chinese Advanced Persistent Threat (APT) Group that has been in operation for eight years. In this attack, the hackers infect iPhones with LightSpy surveillance malware. The cyberattack was first spotted on 10 January 10 and increased 18 February.

This affects all iPhones from iPhone 6 to the iPhone X.

The post from Kaspersky has dubbed this APT group “TwoSail Junk” but it is believed that this APT group may be a well-known APT group called Spring Dragon, Lotus Blossom, or Billbug. Spring Dragon has been active since about 2012 and hacks organization in the Southeast Asia region. These hackers use watering hole and spear phishing tactics to attack governmental organizations, political parties, universities, and the telecommunications sector.

The malware attack leverages CVE-2019-8605, a Safari browser vulnerability, that affects in iOS 12.1 and 12.2 and spans all models from iPhone 6 to iPhone X.

APT groups, short for Advanced Persistent Threats groups are organized professional hackers. APT groups work at the behest of nation-state governments. The hack to steal money for other operations or for espionage. They often stick to targeting certain geographical regions or industrial sectors.

Hackers infected legitimate news websites and setup a few of their own (e.g., hxxps://appledaily.googlephoto[.]vip/news[.]html) to target certain groups of readers and get them to click on links. The news websites used to lure in potential victims and thus is known as a watering hole because they are a trap. People visiting the watering hole websites only see what they believe is legitimate news content. In this case the hackers posted sex-related content and news about the COVID-19 Coronavirus to use as clickbait. But while readers visited the infected website, the hackers are using an iOS exploit to install malware on iPhones. However, in the background, they are really visiting a site setup to take advantage of iOS security bugs and infect their iPhones with malware.

How to Protect Against Malware on iPhone

This hack exploits a use after free memory flaw (CVE-2019-8605) This security bug was fixed in iOS 12.3, macOS Mojave 10.14.5, tvOS 12.3, watchOS 5.2.1. The malware exploits a Safari security bug which has already been patched. If your app and operating system are not patched, then your iPhone is vulnerable to this cyberattack and others. DO not jailbreak your phone and download apps outside of the App Store.