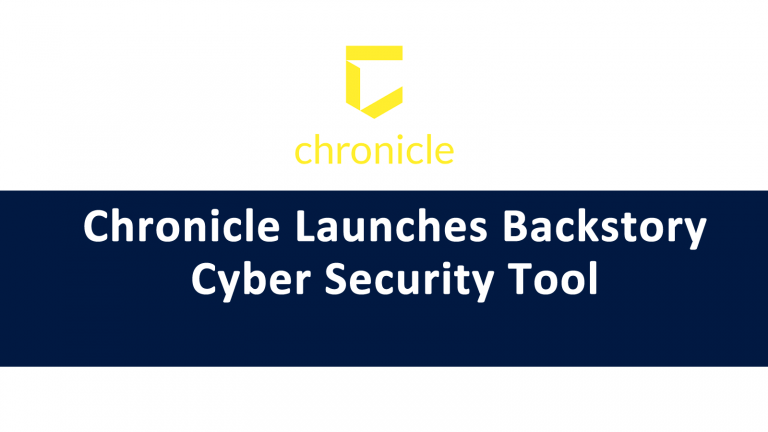 Google company, Chronicle, announced the launch of Backstory, a new cyber security intelligence and analytics platform. Backstory is a cloud service created used to detect cyber security threats for corporations. Companies that use Chronicle’s Backstory can upload their network activity data and have it analyzed to help detect and investigate potential cyber threats.

To use Backstory, client companies upload IT data like DNS traffic and log files such as endpoint logs proxy server logs. The data is then indexed and analyzed by Backstory. Backstory intends to supply the same level of protection used by Google IT within their internal Google Threat Analysis Group which protects its own services and devices.

A major goal of Backstory is to overcome an issue with could computing and cyber security, which is the generally high price of storing large columns of data and analyzing without costing too much for real-world budgets.

Backstory cloud computing uses the uploaded network activity data and compares your network activity against a continuous stream of threat intelligence signals, curated from a variety of sources, to detect potential threats instantly. It also continuously compares any new piece of information against your company’s historical activity, to notify you of any historical access to known-bad web domains, malware-infected files, and other threats.

Backstory normalizes, indexes, and correlates the uploaded network data against its own acquired data as well as third-party data and other known cyber threat signals. The tool then analyzes the data instantly and warn the user if the log files show that a device on the network has connected or interacted with any risky domains, IP addresses, or services connected to hackers.

Backstory’s users’ data is private and not shared or available for other purposes.

Chronicle is subsidiary of Alphabet Inc. founded in January 24, 2018. Chronicle is focused on cyber security and creates tools for businesses to use to counter hackers, spammers, and other cybercriminals. As a young company, Chronicle only offers two services for now. The first is VirusTotal which is an anti-malware intelligence service that was acquired by Google over five years ago. The second product is Backstory.

Alphabet Inc. Is the parent company of Google.

How Much Does Backstory Cost?

Backstory pricing is not based on volume od data uploaded. Services are offered as a flat fee. Backstory can work for companies with 500 to 500,000 employees, so it’s not for the small business or individual user. A major usability point for Backstory is to make it more affordable for organizations to be able to upload large volumes of data. With many cloud services, companies pay based on the amount of space they use for storage. Uploading large amounts of log files and system data can be costly. Backstory intends to be reasonably priced for companies.