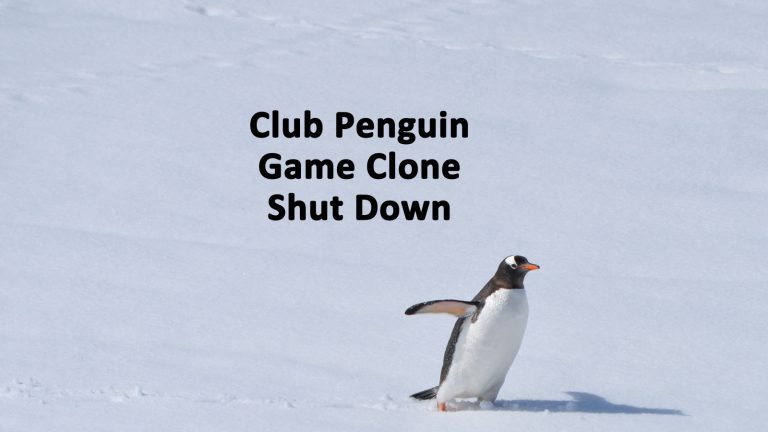 A Club Penguin game clone was successfully shut down by Disney. Club Penguin Online stole copyrighted Disney branding. The game clone, run on a network of private servers, contained mature sections with unfiltered content accessible by anyone including children.  Disney threatened server owners with legal action if they were not taken offline.

According to a post in the BBC, players were engaging in penguin e-sex and exchanging explicit messages. A young teen player told the BBC of strip club igloos and requests for pimps. The messages contain sexually explicit messages, swearing, and hate speech.

Disney issued copyright violation notices to all private server games threatening legal action of they were not taken down. In a statement listed in BBC report, Disney said, “Child safety is a top priority for the Walt Disney Company and we are appalled by the allegations of criminal activity and abhorrent behaviour on this unauthorised website that is illegally using the Club Penguin brand and characters for its own purposes.

According to a post by the BBC, they set up an account in English, Spanish and Portuguese.

The authentic Club Penguin was a social site and game for children launched by Disney in 2005. It had over 200 million users, but Disney stopped running it in 2017. Disney deployed content filters and employed human moderators to keep Club Penguin family safe.

There have been many fan-run clone sites since then. Club Penguin Online, the largest clone, had seven million users.

A video game clone is a video game that is inspired by another game. The clone may be very similar to the original. They are not necessarily copyright infringement. Although video game developers can copyright graphics, titles, storylines, and characters, it is difficult to the stop clones of software design and mechanics of the game.

A London man connected to the site was arrested on suspicion of possessing child abuse images. He has been released on bail. Disney also stated, “We continue to enforce our rights against this, and other, unauthorised uses of the Club Penguin game.”