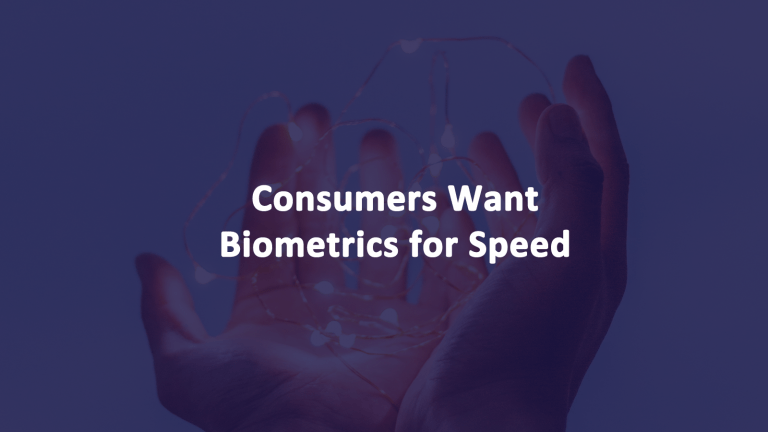 Consumers want biometrics for speed and ease of access, not always security

A consumer survey by of biometric technology using consumers showed that unlocking a smartphone is the number one reason they use biometrics. Thirty five percent of consumers surveyed felt it was important that they get into a device quickly. Surprisingly security was the number two concern with 33% saying this was their reason for using technology such as fingerprint scans. Lastly, not having to remember a password was the third most popular reason for using biometrics for device access. The data is based on a survey of 1000 US consumers.

The actual percentages and what those surveyed wanted to use biometrics for differed by age group. Millennials, who are under the age of 35, were most interested in how quickly they could access a device. Whereas, Generation X who are 35 to 55 years old don’t want to worry about recalling passwords. Baby Boomers who are over the age of 55 years old are the age group who want biometrics for security over all else.

A disturbing 57% of biometric users realize they do not know if their biometric data is stored securely. An incredible 70% of respondents wanted to have more biometric authentication at work.

Eye scanning, specifically the iris of your eye, is the most reliable biometric for security access. Your eyes are typically protected from damage and are recognized by biometric detection at any age. Cosmetic surgery on your face generally does not affect facial recognition algorithms eithers. Facial recognition works off facial features, including bone structure. General cosmetic surgery is considered a minor change and usually involves skin tightening. Major reconstructive surgery where bone structure, facial landmarks, and relative position of your eyes, nose, and mouth are altered may indeed affect facial recognition technologies.

Contrary to many myths, your fingerprints cannot be erased to hide your identity. Yes, you could have surgery to remove them, but they eventually grow back, albeit they may a bit different or scarred. Your fingerprints age along with the rest of your body, or is it is possible that your prints in your 20s won’t be recognized as your fingerprints when you are 80 years old.