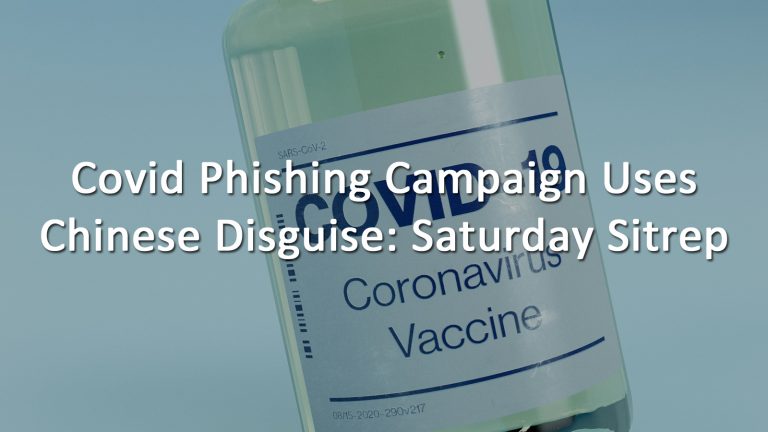 As several Covid vaccines are submitted (or get) emergency approval from Western countries, there has been a growing number of cyberattacks against companies associated with their research, development, and distribution. All of the current Covid vaccines seeking approval in the United States require refrigeration to remain stable for any usable period of time. While the companies researching the vaccine may have invested heavily in their cyber defenses, the supporting industry required to actually use a vaccine may not have. This vulnerability has been picked up on by groups, which have begun to target companies that will provide the necessary infrastructure to deploy the vaccine. This particular attack involved the malicious actor taking on the guise of an individual at Haier Biomedical, a company located in China.

What makes this a particularly effective disguise is that Haier is a company approved by WHO to provide the necessary refrigeration supplies for a Covid vaccine and they are one of, if not the only, company on the planet capable of producing all the necessary refrigeration equipment from start to finish. This makes an attack using them as a cover more likely to succeed as the targets would expect Haier to communicate with them. Further, the attack used malicious documents that required the individual to provide their credentials to access, something which the targets may also not suspect given how much effort goes into protecting the information related to the vaccine.

Currently, there is no information on how effective this attack was, only that it occurred and that it is not the first of its kind – a similar attack occurred earlier in the year targeting manufacturers of personal protective equipment. These credential gather attacks appear to be a prelude to something larger, as they may create vulnerabilities in the attacked companies. The identity of the attacker is also unknown, however, it is suspected that this attack is the work of a group back by a nation-state rather than a criminal enterprise as it is unclear what profit there is in gaining these credentials. While the black market value of doses of a Covid vaccine would likely be extreme, criminal groups generally extract data that has immediate profitability, rather than credentials for later use, and further, the targeted companies do not produce the vaccine but rather other supporting services.