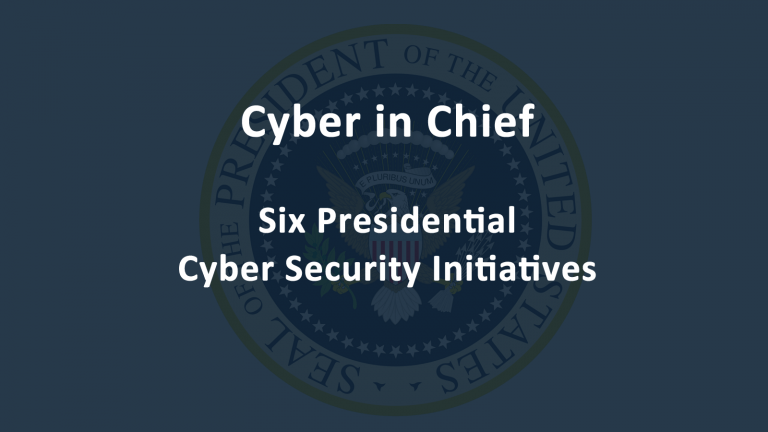 President’s Day is a federal holiday that celebrates the birthdays former US Presidents George Washington and Abraham Lincoln. Many understand it as a day to honor all U.S. presidents. of the first President of the United States, George Washington. Obviously, Washington or Lincoln never had to deal with cyber security issues. And it really hasn’t been until number 40, that the United States began to seriously deal with internal protections and international policy to handle cyber security issues.

In November 2018, President Donald Trump signed a bill creating a new cybersecurity branch called the Cybersecurity and Infrastructure Security Agency (CISA). The new CISA was out on the same level as other Department of Homeland Security (DHS) units such as Secret Service or the Federal Emergency Management Agency. The mission of CISA is to defend critical infrastructure against cyber security threats. CISA operates the National Cybersecurity and Communications Integration Center (NCCIC) which provides cyber security awareness, analysis, incident response, and cyber security defense capabilities.

During Trump’s tenure some of the largest cyber security breeches occurred including the Equifax data breach that affected 143 million US citizens, as well as Uber and Delta Airlines.

Other Obama era accomplishments include:

Although there was an impressive amount of new policies and governmental structure, not much real improvement was evident during the administration. The administration suffered email breaches at State Department, the Joint Chiefs of Staff and even at the Whitehouse itself. As Obama’s time in office wound down, the Presidential election was marred by cyber security data breaches ordered by Russian President Vladimir Putin to help undermine Presidential candidate Hillary Clinton.

President Bill Clinton issued Presidential Decision Directive 63 in August 1998. The Directive addressed the need to protect physical and cyber based systems that are essential to operations of the national economy and government. Essential sectors identified in the Directive 63 included telecommunications, energy, banking and finance, transportation, water systems, and emergency services. Presidential Decision Directive 63 also called for representatives of the private sector in the development of infrastructure assurance plans.

National Security Presidential Directive 38 (NSPD 38), known as the National Strategy to Secure Cyberspace, was a classified directive issued on July 7, 2004. The contents of this NSPD 38 were never made public. Interestingly, the Whitehouse released a second document which was also titled the National Strategy to Secure Cyberspace. NSPD 38 laid out five cyber security priorities:

National Security Decision Directive 145 (NSDD 145) was issued by President Reagan in 1984. NSDD 145 gave the NSA control over all government computer systems containing “sensitive but unclassified” information. In 1987 Congress passed the Computer Security Act (CSA) which affirmed that the NIST was responsible for the security of unclassified, non-military government computer systems.