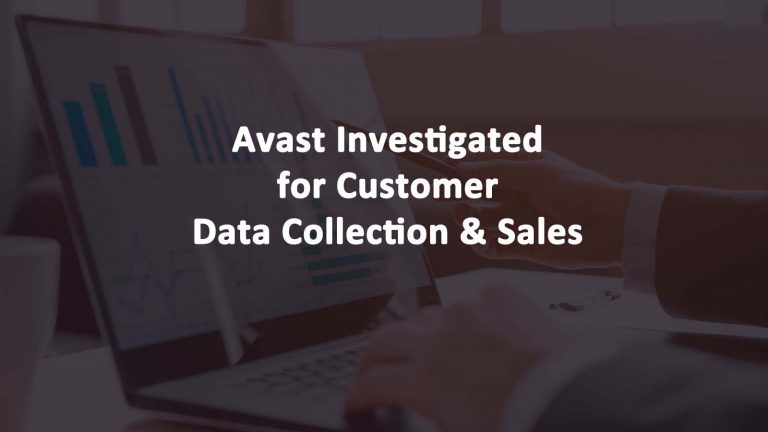 The Czech Office for Personal Data Protection is investigating Avast Software s.r.o., a cyber security software company, for the suspected unauthorized sale of user data. Czech based Avast produces cyber security apps, including Avast Antivirus, and is being investigated over a broad breach of user data privacy. The company is accused of collecting and selling the personal data of people using its antivirus products to is subsidiary Jumpshot, Inc.

Avast offers a free and paid version of its multiplatform antivirus software for personal users, called Avast Antivirus. The apps work on Windows, Mac, Android, and iOS devices and provide virus protection against malware, viruses, and other computer viruses. One of their products, Avast AntiTrack Premium, is marketed as blocking website cookie tracking. Avast also offers a password protector app, driver updates, VPN service, and a multitude of other cyber security products for businesses. Although the statement from the Czech DPA cites Avast Antivirus as the software involved in the data brokering it is not clear if it is the business or personal versions, or all of them.

The data collection and selling activities came to light in a Motherboard report. Jumpshot was collecting information on every users’ search, click, and purchase across 1,600 categories on over 150 websites. Buyers of the data included Google, Home Depot

The company’s CEO admitted to the data collection and selling relationship in a message on the Avast website. The company has opted to shut down Jumpshot immediately.

The Cech DPA Office Chairwoman Ivana Janů.” issued a statement, ““We are currently gathering information on the case. There is a suspicion of serious widespread breach of user privacy. Based on our findings, we will take further steps that we will inform the public about”

Avast CEO Ondrej Vlcek, wrote in a statement on the corporate website, “I – together with our board of directors – have decided to terminate the Jumpshot data collection and wind down Jumpshot’s operations, with immediate effect.”

This is a good example of why it is important to use quality antivirus apps and virtual private network software (VPN) to protect your privacy and protect your computer. Although most of us don’t read the terms of service when we download an app, that’s where users should be able to find information about who has access to their data. Although some TOS pages can be incredibly long and do a good job at burying the details, so users are not suspicious.

The European Union (EU) enacted the General Data Protection Regulation (GDPR) in May 2018 to protect the personal data of the EU and the European Economic Area. Citizens must proactively consent to data collecting and sharing and companies cannot collect personal data without that consent. People also always retain the right to have their personal data erased, commonly known as the right to be forgotten. Apparently, Avast users may have opted into the data collection, but it was not clear how that the data was being sold, raising questions about how informed that consent is.

In a similar case, on 10 February, Ireland’s Data Protection Commissioner, put the brakes on Facebook’s plans to launch its dating service in the EU citing data privacy concerns about data sharing.

Avast Software s.r.o. is a publicly traded cyber security software company based in Prague, Czech Republic. The company provides antivirus apps, Avast SecureLine VPN, password vaults, and other computer security software to home users and businesses. The company has about 1,700 in 25 offices globally. Other subsidiaries include Piriform, HideMyAss!, InloopX, and MORE.

Jumpshot is a division of Avast created in 2015 and based in San Francisco, California. The marketing analytics company collected web activity data from over a hundred million devices to sell as user behavior insights. Although Jumpshot had its own management and board of directors, separate from Avast, its products and services were built using data from the Avast cyber security products.

The Jumpshot website was changed to a simple white page with the message, “Jumpshot has ceased operations. Thank you.”