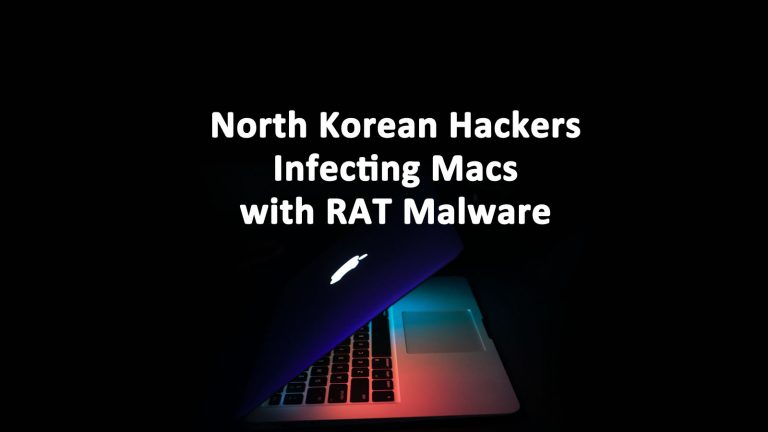 A new variant of Dacls Remote Access Trojan (RAT) malware is attacking Mac operating systems. It is a variant of a malware associated with North Korea’s Lazarus Advanced Persistent Threat (APT) Group. Once infected, Dacls to can remote control computers running macOS. According to Malwarebytes resaerch, this RAT can persist through rebooting the computer. The malware is bundled with a two-factor authentication (2FA) application called MinaOTP.

Once infected with Dacls RAT, it can be used for traffic proxying and worm scanning. The hackers can remote control a Mac – execute commands, read, edit, and delete files as if the hacker is at the device’s keyboard.

The new malware variant was identified by cyber security researchers at Malwarebytes. It was first seen on April 8 as a Mac app named “TinkaOTP” located in the Contents/Resources/Base.lproj/ directory for the app. It is a Mac executable file.  The app config file has information on the infected computer such as Puid, Pwuid, plugins and C&C servers.

Dacls RAT has been circulating since 2019 attacking Linux and Windows operating systems.

Special for Our Mac Users – Try Malwarebytes Premium for Mac

Protect yourself from online attacks that threaten your identity, your files, your system, and your financial well-being.

What is Lazarus Group?

APT38, or Lazarus Group, is North Korea’s state-sponsored hackers who hacked into Sony Pictures in 2014. They are also responsible for the global 2017 WannaCry ransomware cyber attack which crippled unpatched Windows machines across the world. In a leaked report, the United Nations reported that Lazarus Groups stole over $2 billion USD financial institutions and cryptocurrency exchanges in a three-year period.

Dacls RAT is bundled with MinaOTP-MAC. MinaOTP application which is a two-factor authentication app for macOS. It will relaunch if the infected computer is rebooted.

How Do I Stop Dacls RAT?

Dacls RAT is spotted and neutralized by 30 out of 59 antivirus engines including Kaspersky, Malwarebytes for Mac, and Tencent. Using antivirus software on all computers and phones – Mac, Linux, or Windows, and smart TVs – can stop RAT trojans as well as other malwares before they have a chance to steal login credentials and money.

Antivirus apps help detect malicious files and emails before they have had a chance to cause harm to a computer. Antivirus Apps can be used on computers, tablets, and smartphones.

What is RAT Malware?

Remote Access Trojan or RAT malware is malicious computer code that infects a computer with the intention to steal or do harm to the infected device. Malware is used to spy, steal banking credentials, or collect passwords from online accounts. It may also turn a computer into a cryptocurrency miner. Ransomware is a type of malware that locks access to a computer or files in exchange for payment.  Lazarus used ransomware in the 2017 WannaCry attack on Windows computers.