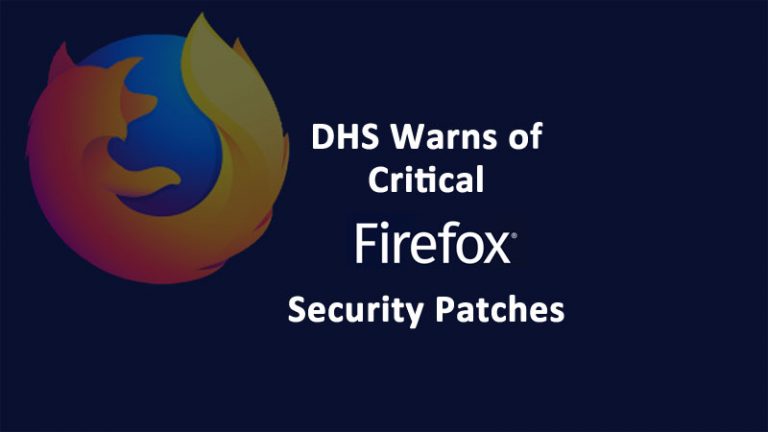 The Department of Homeland Security (DHS) Cybersecurity and Infrastructure Security Agency (CISA) published an alert that Mozilla released critical security patches for Firefox and Firefox ESR web browsers. The update fixes two zero-day vulnerabilities that could allow hackers to take control of affected systems. Windows, macOS, and Linux versions of Firefox are affected. Mozilla pushed the security update over the weekend. The Canadian Centre for Cysbecurity issued their own alert.

Both flaws have been seen as targeted attacks in the wild according to Mozilla. Both CVE-2020-6819 and CVE-2020-6820 are use-after-free vulnerabilities which is a type of memory corruption flaw used to execute arbitrary code or to enable remote code execution capabilities.

How To See Your Firefox Version

Just a few days later Mozilla issued another set of security pactches and upgraded to Firefox 75. This round patched three high-priority security bigs as well as three moderate vulnerabilities.

Security patches are updates to apps, software, hardware, computers, smartphones, routers, and other internet connected devices. All hardware and software require updates to keep them secured from bad actors and malicious computer code that can compromise device cybersecurity and data privacy. Some updates are only for the sake of adding features, but often they are to patch vulnerabilities, that if left as is, compromise the device and everything on it. Outdated software is how many major ransomware attacks succeed.

WannaCry ransomware attack of 2017 spread rapidly through unpatched Windows machines. It encrypted all of the data to infected computers and waited for the user to pay a ransom to regain control. Europol estimated that about 200,000 computers were infected in 150 countries. The entire British National Health Service was also crippled by WannaCry. Computers in the United States were mostly unaffected because Microsoft has issued a security patch months earlier. Both the US and UK governments blamed North Korean hackers.