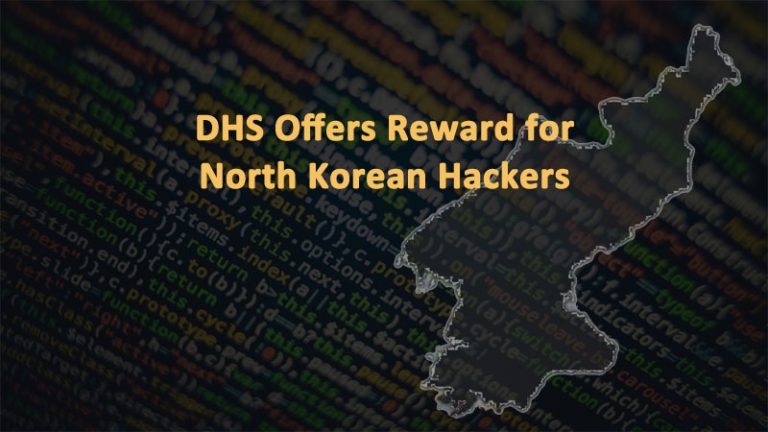 The US Department of Homeland Security (DHS) Cybersecurity and Infrastructure Security Agency (CISA) issued alert AA20-106A to offering guidance as well as a $5 million USD reward for information on North Korean hackers. The alert is a joint bulletin from the U.S. Departments of State, the US Treasury, Homeland Security, and the Federal Bureau of Investigation (FBI)

The four federal agencies issued a comprehensive list of past and current North Korean cybercrimes and hacking activities. North Korea has repeatedly targeted government and military IT networks belonging to the United States as well as other nations. They also attack private organizations including financial institutions and critical infrastructure sectors to steal money, conduct corporate espionage, and carry out disruptive cyberattacks. US and United Nations (UN) economic sanctions cause North Korea to steal money through cyberwarfare to fund their operations.

Department of State Rewards for Justice

The Department of the Treasury’s Office of Foreign Assets Control (OFAC) can sanction on any person or institution that has undermining cyber security by working with North Korea, HIDDEN CORBA, or the Workers’ Party of Korea. OFAC can also impose sanctions on anyone who has operated in the IT industry in North Korea, engaged in malicious cyber activities. Of course, because of US and UN sanctions no one can import from or export to any goods, services, or technology to North Korea.

Anyone can anonymously report information about North Korean hackers or the people who work with them including their activities and whereabouts. Rewards of up to $5 Million USD are available for information on past or current activity. To report HIDDEN COBRA threats, visit the Department of State’s Rewards for Justice program website at www.rewardsforjustice.net

Australia, Canada, New Zealand, the United States, and Britain blamed HIDDEN COBRA for the 2017 WannaCry 2.0 ransomware attack on Windows computers. Denmark and Japan also issued “supporting statements.” WannaCry ransomware locked up hundreds of thousands of computers around the world. The cyberattack exploited a known vulnerability in Microsoft Windows computers. The entire British healthcare system was crippled by WannaCry. Months beforehand, Microsoft had already issued a security update but any machine that was left unpatched could be compromised.

The United States also seeks to enhance the capacity of foreign governments and the private sector to understand, identify, defend against, investigate, prosecute, and respond to DPRK cyber threats and participate in international efforts to help ensure the stability of cyberspace.