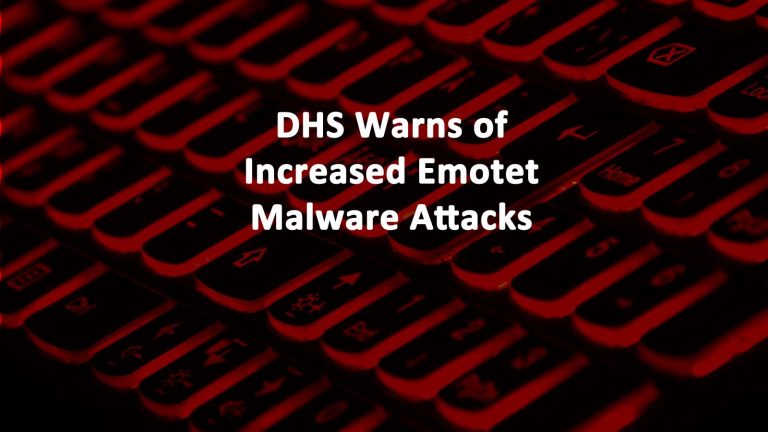 Emotet’s primary threat is that it is a carrier or dropper for more banking Trojan malware. If a user believes they are infected with malware run an antivirus scan on the infected computer or network and isolate the infected devices.

How Does Emotet Malware Infect an IT System?

Emotet malware is a banking Trojan. It spreads primarily via malicious email attachments. The malware attempts to expand its infection within an IT network by brute force attacks on user credentials and by writing to shared drives. Victims are tricked into clicking on an email attachment which initiates a malware download. A malware dropper like Emotet can download even more malware to a victim computer. Emotet spreads quickly through an organization’s IT system resulting in a rapid network-wide infection.

Emotet malware is among the most costly and destructive malwares currently attacking state, local, tribal, and territorial governments as well as businesses in the private and public sectors. Some Emotet malware attacks have cost SLTT governments up to $1 million per incident to remediate.

Malware is any unwanted file or computer code. It may include adware that pops up annoying advertisements or malicious programming that steals money or locks up a computer network and holds it for ransom. Malware includes computer viruses, worms, adware, spyware, and ransomware.
A malware infection is often initiated with a malicious email that ricks a recipient into clicking on a link or downloading a malicious file.

Emotet can evade typical signature-based detection by virus scanners. It has several methods for maintaining persistence, including auto-start registry keys and services. It uses modular Dynamic Link Libraries (DLLs) to continuously evolve its capabilities. Emotet is Virtual Machine-aware and can generate false indicators if run in a virtual environment.

How is Emotet Spread?

Emotet is disseminated through malspam which are emails with malicious attachments or phishing links. Like all email cyber attacks, the emails use names and content that are familiar to the target. Recent campaigns impersonate PayPal receipts, shipping notifications, or “past-due” invoices purportedly from MS-ISAC.
Initial Emotet infection occurs when a victim opens a malicious email attachment or clicks the malicious download link. The attachment files are PDF or weaponized, macro-enabled Microsoft Word documents. Once downloaded, Emotet attempts to propagate the local IT networks using spreader modules: NetPass.exe, WebBrowserPassView, Mail PassView, Outlook scraper, and a credential enumerator.

If a user or organization believes they may be infected, NCCIC and MS-ISAC recommend running an antivirus scan on the IT system and taking action to isolate the infected machines. If multiple workstations are infected, the following actions are recommended: