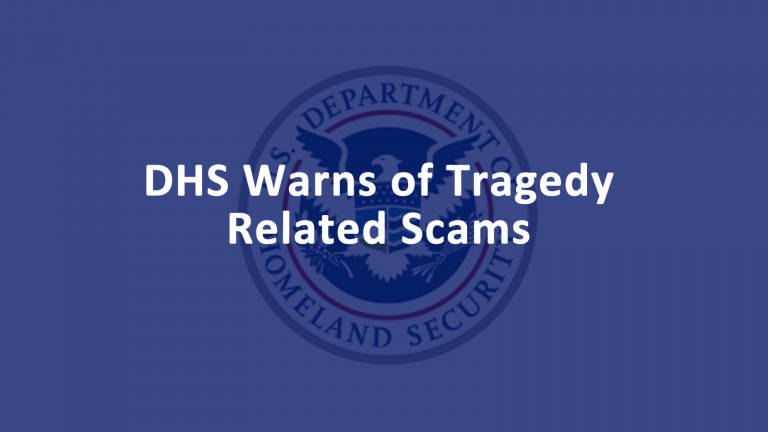 The US Department of Homeland Security (DHS) warned the public through its Cybersecurity and Infrastructure Security Agency (CISA) about potential scams and malware connected to the recent New Zealand mosque shootings. A CISA post advised that hackers capitalize on tragedies and attempt to scam the public, usually for money. Typical online scams include soliciting donations for fake aid organizations or sending phishing emails, text messages, or calls to trick readers into visiting spoof websites that download malware or ask for money. Internet users should be especially wary of hackers and scammers attempting to defraud the public online using recent tragedies like the New Zealand shooting and the two 737 plane crashes.

Phishing emails often look legitimate. They can appear to originate from national or global charities when in fact, they have nothing to do with any legitimate organization. Internet users must be careful when opening any email or responding to a social media post related to the shooting, even if it appears to originate from a trusted source. Phishing emails might appear to solicit donations for a charity or cause. In reality, they contain malware or links to spoof websites that initiate malware downloads.

Unscrupulous cyber criminals take no pause and will prey on emotions after mass tragedies like hurricanes, typhoons, shootings, and commercial airline accidents. A Boeing 737 accident related malware has emerged. The new malware campaign is circulating online and uses the tragic Lion Air and Ethiopian Boeing 737 Max plane crashes as a conduit to spread malware with spam emails. The spam emails contain supposed “leaked” documents about other imminent airplane crashes. The documents supposedly disclose to the public data about other airline companies that will suffer crashes in the near future. The attachments are malware that infects the user’s computer.

The email encourages the recipients to review and of course, kindly forward the email with family and friends, so they too may be informed. The only thing the recipients will receive from these emails is more malware.

The spam emails originate from the email address info @i sgec.com, a fake intelligence analyst. The subject lines vary but contain something like “Fwd: Airlines plane crash Boeing 737 Max 8”. They also contain a JAR file as an attachment with names like MP4_142019.jar.

What is a Phishing email?

Phishing emails are ordinary emails sent by hackers with malicious intentions. A phishing email contains false information. It may prompt a recipient to replay with payment information, download malware to a computer, or direct the reader to a spoof website where information is gathered, or more malicious apps are encountered.

Malware is any software or hardware that intends to steal data from or take control of a device, network, router, or IT system. Malware campaigns aim to infect as many computers as possible. Ransomware is a form of malware that takes control of a device until a ransom is paid.