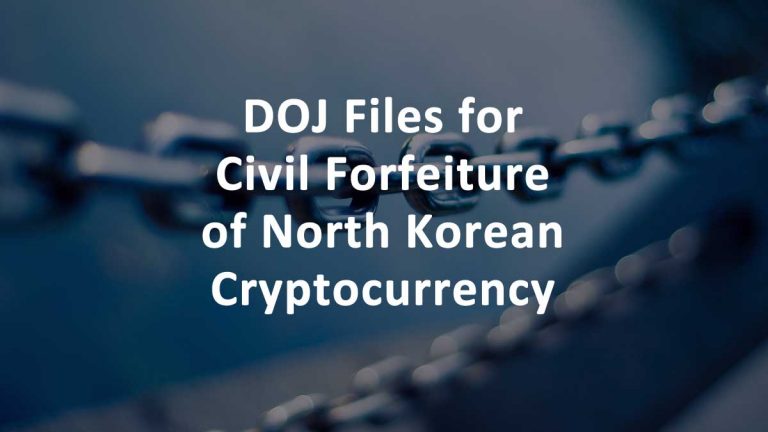 The US government refers to North Korea’s state sponsored threat actors as HIDDENCOBRA. Last week, four federal agencies disclosed information about a subset of HIDDENCOBRA, referred to as BeagleBoyz. This group of North Korean hackers has attempted to steal nearly $2 billion USD since they were first detected in 2015. Their latest cyberattacks include the FASTCash ATM cash-out and money transfer scheme which is actively targeting banks worldwide including those in the United States.

What is the purpose of civil forfeiture?

Civil forfeiture, also called civil asset forfeiture or civil judicial forfeiture, is a legal proceeding that allows the courts to seize property that has been involved in a crime. In this case, the DOJ seeks to gain control of cryptocurrency wallets that North Korean threat actors have used to move stolen money.

Because this is a civil forfeiture filing, no criminal charges are necessary to seize the money.

“These actors stole millions of dollars’ worth of cryptocurrency and ultimately laundered the funds through Chinese over-the-counter (OTC) cryptocurrency traders,” says the DOJ press release.

HIDDENCOBRA is also targeting defense contractors and people with high-level security clearances related to the US defense industry with fake job postings. The object is to infect the victim’s computer with malware and exfiltrate sensitive US defense systems information.