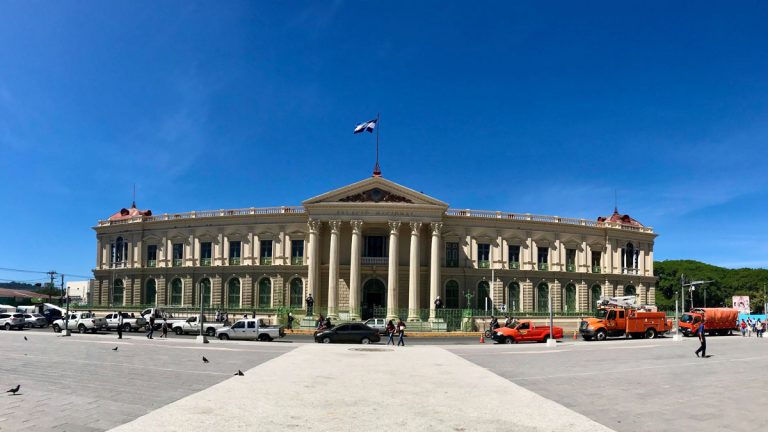 El Salvador’s President Nayib Bukele says he wants to make Bitcoin acceptable as legal tender in the country. Bukele made the announcement this week at Bitcoin 2021 conference in Miami, Florida.

If it’s approved, El Salvador would become the first country in the world to formally adopt bitcoin as legal tender

.”Next week I will send to congress a bill that will make bitcoin a legal tender,” Bukele said, according to the conference’s organizer, Bitcoin Magazine.

Bukele added that El Salvador is working with digital finance company Strike to make it happen.

The Republic of El Salvador is a small country in Central America. The country has a population of about 6.4 million people. The country’s official currency is the United States Dollar.

The US Department of State says that remittances from Salvadorans working in the United States make up 21 percent of El Salvador’s GDP – approximately $6 billion USD in 2019. This is one of the highest ratios in the world.

Seventy percent of the country’s residents do not have a bank account. According to Statista, only about 41 percent of homes in El Salvador have internet coverage. Just over 28 percent of residents have mobile phones. That makes it difficult to deal with cryptocurrencies that exist only online in cryptocurrency wallets.

The country will be giving up the stability of the US Dollar in exchange for the extremely popular and often volatile cryptocurrency. In March 2021, Bitcoin rocketed to a new record high of over $61,000 USD. The spike happened in a matter of minutes.

Salvadorian President Bukele will have to petition congress to adopt bitcoin as an official currency. Bukele Tweeted an update and says the plan is almost ready to go.

Bitcoin May Present Challenges for Salvadorians

Bitcoin has created millionaires who got in early on the cryptocurrency wave but came out to flat coins (a term for traditional currencies). Others converted their bitcoin gains into real estate or other stable investments.

Another well-known cryptocurrency, Dogecoin, has sparked a fascination with non-traditional currencies. Dogecoin rose to fame as a subreddit, Wall Street Bets, rallied to push the value of Dogecoin up.