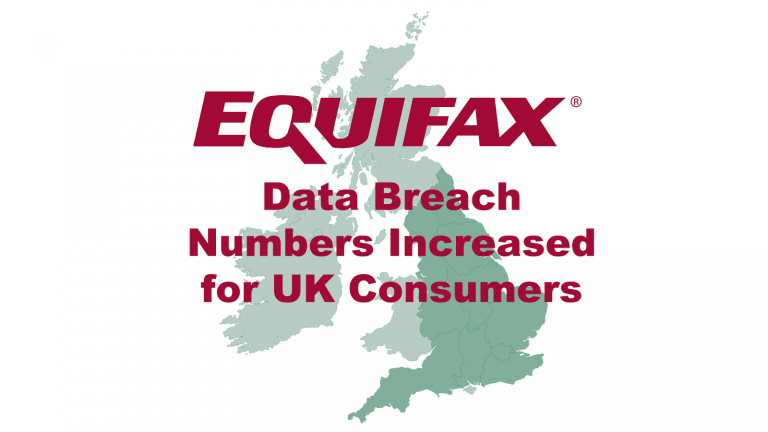 In the latest tally credit reporting agency, Equifax, announced that their epic cyber security breach affected more consumers than originally reported. In all about 700,000, UK consumers’ records were hacked. Initially, Equifax stated that the number of UK consumers impacted by the data breach was 200,000. However, an extensive investigation revealed that the number of consumers impacted was greater than originally reported. Customers from the United States and Canada were also affected.

Last week the number of affected US hacked consumers was also increased. Initially, it was believed that 143 million US consumers were hacked but that number was increased to 145.5 million people.

Atlanta based credit reporting agency, Equifax, was the victim of a cyber security breach. The breach went on from mid-May 2017 until July 29, 2017. The hackers obtained Social Security numbers, birthdates, and addresses and some driver’s license numbers. Credit card numbers were also accessed. The data breach was not reported until September 2017. Since then both the CIO and CISO quickly left the company in the wake of the news. Shortly after that Equifax CEO Richard Smith stepped down from his position. He testified before a US Congressional Subcommittee. The cause of the breach was sadly unpatched IT systems!

Equifax is offering free credit protection services. They tried to get away with getting consumers to agree not to sue them if they accepted the free service. But the New York State Attorney General stepped in and forced them to remove that stipulation. The next revision of the free credit protection service had consumers agreeing to allow Equifax to share their data with third-party marketers.

If you are concerned about your personal data and suspect that you may have been affected by the hack, there are some steps you should take to protect your data. Check out our post on the Equifax hack, and what to do now!