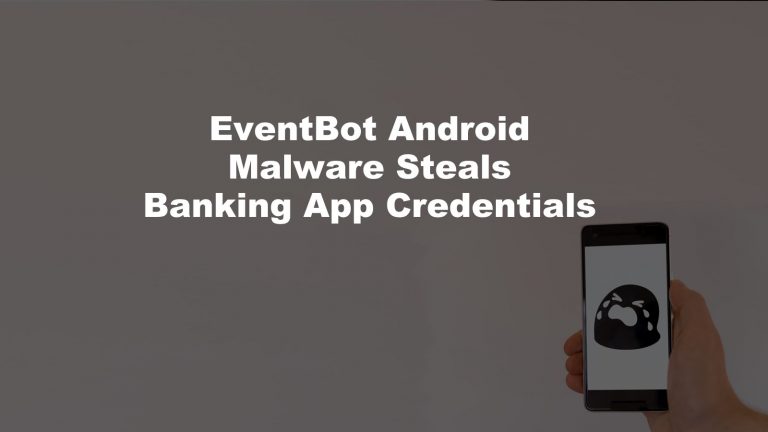 Once a device is infected the malware infected fake app runs in the background and silently steals passwords from one or more of the 200 banking and cryptocurrency apps that may be installed on the device.

The malware is circulating on Android mobile devices in theUnited States, Italy, the UK, Spain, Switzerland, France, and Germany. It can intercept and read SMS text messages used to authenticate logins to financial app login attempts.

The malware is both an info stealer and malware that heists credential from financial applications and wallets. It can also read SMS text messages to steal two-factor authentication (2FA) codes sent to the phone. The Android malware targets over 200 financial applications, including banking, money transfer services, and cryptocurrency wallets.

This brand-new malware has real potential to become the next big mobile malware, as it is under constant iterative improvements, abuses a critical operating system feature, and targets financial applications.” states Cybereason.

EventBot malware prompts the user to give it access to accessibility services. Like many other malware EventBot abuses a critical operating system feature, accessibility features, to gain privileges.

This Android malware asks for escalated permission so it can access accessibility features and perform other functions.  Accessibility features are intended to help people with disabilities use their phones by auto-filling form fields, permissions, changing tap rates, and performing swipes or other gestures.  Permissions include access to device accessibility settings, the ability to read from external storage, to send and receive SMS  text messages. EventBot Android malware will also run in the background and restart after a system reboot.

After the user agrees, EventBot acts as a keylogger and can read notifications on other apps installed on the phone plus any open window.

How to Safeguard Against Android Malware

EventBot is not currently an app on the Google Play store.