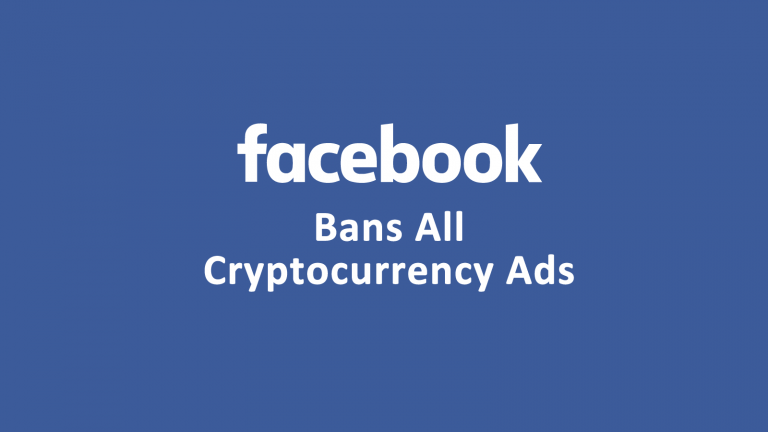 Facebook banned cryptocurrency ads on its platform. This includes ads and boosted posts for Bitcoin, Ethereum, and all other cryptocurrencies. In a blog post, Facebook stated that the new policy was written “intentionally broad.” The policy is in place to root out deceptive and misleading advertising. However, this ban applies to legitimate, established businesses as well. The advertising policy also applies to Instagram and Facebook’s Audience Network.

Rob Leathern, product management director for Facebook Business wrote, “That said, there are many companies who are advertising binary options, ICOs and crypto-currencies that are not currently operating in good faith.”

What is an initial coin offering?

An initial coin offering (ICO) allows people to invest in a new cryptocurrencies before it launches. ICOs are already banned in China and South Korea.

Facebook is the world’s largest social network with over two billion users. Recently Facebook has come under much scrutiny due to foreign sponsored advertisements on the social media network that allegedly influenced the 2016 Presidential election. In late 2017, Facebook management began to address the concept of fake news.

The advertising ban from Facebook includes ICOs as well as any other ad pertaining to Bitcoin and cryptocurrencies in general. Facebook still allows cryptocurrency related business pages and groups.