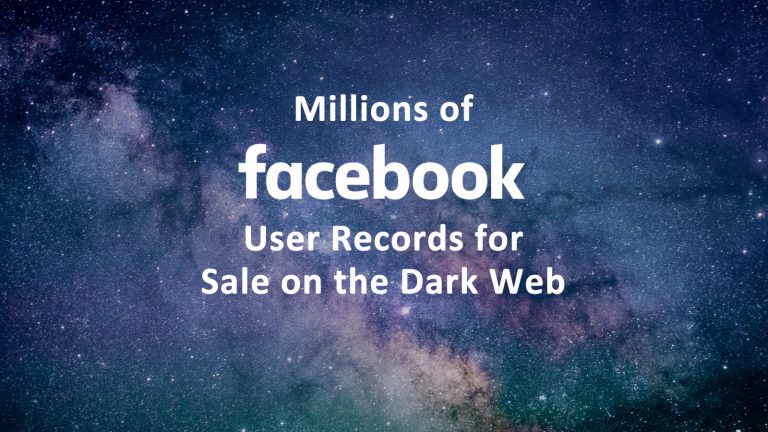 Individuals can check to see if their Facebook user ID or email is for sale on https://amibreached.com/ Even though no passwords were found in the database, anyone who is part of this cyber security incident should change their Facebook password straight away. In this type of incident, people often think they are safe since no money or payment information was stolen. The reality is, the dark web data – especially email, name, and phone number – can be used to send spear phishing email and scam SMS text messages. The messages can be seen as believable since they will contain personal information such as your name, age, and phone number. These types of personalized scams can lead directly to compromised bank accounts, stolen credit cards, financial losses, and identity theft.

Facebook is notorious for relentlessly collecting information about its users and even non-users across all of their activities in on the internet. The company makes money by selling aggregate user data from its properties Instagram, Facebook, Messenger, and WhatsApp to advertisers. Facebook is  infamous for the Cambridge Analytica scandal in which the data of 50 Million Facebook users was collected through online personality tests. Cambridge Analytica sold the data – and the user profiles they built from that data – to several political groups.

Why We Just Cannot Trust Facebook With Our Personal Data

Cyble is a cyber security firm located in Singapore. They monitor the dark web for stolen user credentials, email addresses, usernames, and passwords. Cyble researchers bought the data and verified the contents. According to Cyble the dark web marketplace where this data was bought also contains breached other data treasure troves from companies like Zynga, Facebook, Houzz, StockX and many others.

The owner of the server hosting the data took the data sale down after being contacted by cyber security researchers. However, it reappeared online with another bonus 42 million user records. Of this new cache of Facebook user profiles, 14.8 million records contained additional information.

Neither cache of Facebook data does not include passwords. Which is a good thing since many people use the same password over and over across multiple online accounts. However, the sold Facebook dark web information can still be used for identity theft, phishing emails, and other online scams.

How Do Hackers Make Money

Well, the hackers who posted the database of Facebook data made money by selling it. They may have sold the same data many times over, leaving all of those people vulnerable to phishing emails, online scams, and identity theft.