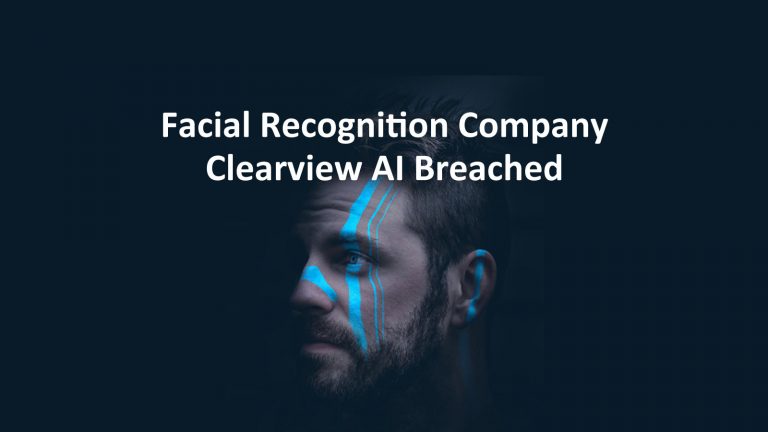 A controversial facial recognition technology company, Clearview AI, had its entire customer list of police agencies stolen. The company announced the data breach in letters to its customers. The stolen data includes Clearview’s customer data, which are all law enforcement agencies or banks. The stolen data includes the name of the subscriber, number of their user accounts, and the number of searches the customers had conducted.

Clearview maintains their own database of an incredible three billion images of people, all of which were collected and stored without innocent people’s knowledge or consent. Clearview positions itself and its technology as a resource for law enforcement. The Federal Bureau of Investigation (FBI) facial recognition database has about 600 million images. According to the Clearview website, the company’s mission statement, “Clearview is a new research tool used by law enforcement agencies to identify perpetrators and victims of crimes.” Clearview’s website states it has helped law enforcement “down hundreds of at-large criminals.”

The statement from the company, reported by the Daily Beast, said that someone “gained unauthorized access” and stole the entire customer list comprised of police forces, law enforcement agencies, and banks. The company said that the person didn’t obtain any search histories conducted by customers, which include some police forces.

The company developed technology that matches faces and information to a database of more than three billion images. The images and video footage were scraped from public social media sites like Facebook, Venmo, YouTube, and more. Although this is legal, it is against the terms of service the sites established for themselves. Scraping is a term that means using automated software to visit websites and download text, photos, and other information from each page. Sony Life is Clearview AI’s parent company.

Access to the information is shared with Law Enforcement agencies as a subscription service.

There is also the Clearview app that lets police take a photo of anyone, anywhere and use the app to retrieve personal details like name, address, and anything else on file. All of this can happen without knowledge or consent of those being photgraphed, including those who have not been accused, charged, or convicted of any crime.

Clearview built its database by scraping information from public facing websites and social media sites. The company retains the images in their database even after users delete them from the social media accounts or change their accounts to private. Clearview has received cease-and-desist letters from Twitter, Google, and Facebook. The state of New Jersey banned the use of Clearview and launched an investigation.

In May 2019, Amazon shareholders voted to go ahead with selling Amazon’s facial recognition technology to law enforcement agencies. The technology called, Facial Rekognition, can be used by police for mass surveillance. Both Microsoft and Google have refused to work with certain government agencies, and Microsoft has called for increased government regulation of facial recognition technology.

In February 2018, Amazon acquired Ring. The home security cameras have an app that lets users share video footage with other customers on its Neighbors app. Police can also access the videos, without a warrant, and use them to surveil neighborhoods.