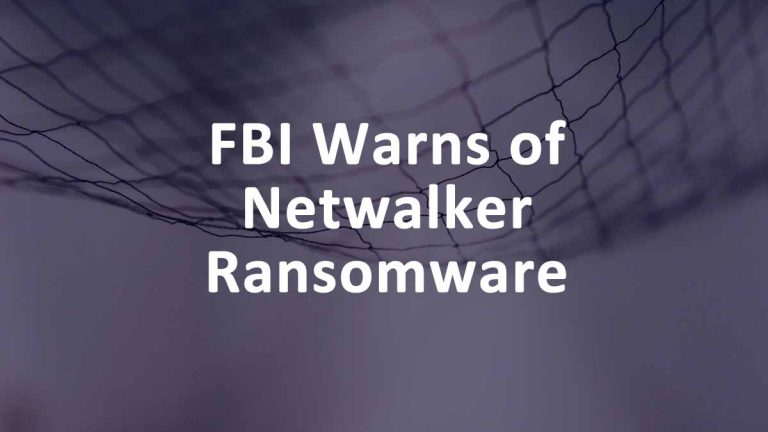 Netwalker ransomware on the rise – encrypts Windows-based devices and data

The University of California, San Francisco (UCSF), which includes their medical school and UCSF Medical Center, as well as their graduate school paid a $1.14 million ransom to recover information related to academic work. Important data was encrypted after NetWalker ransomware crippled the UCSF medical school.

The Threat actors behind Netwalker use tactics such as phishing email campaigns and exploiting security vulnerabilities to cripple computer networks.

Netwalker ransomware was used to attack and encrypt the IT networks of UCSF School of Medicine, the Australian transportation and logistics company Toll Group, and Lorien Health Services in July. The ransomware was first seen in March 202 when it was deployed against Australia’s Toll Group. When successfully deployed it encrypts all Windows-based devices, data, critical files, and databases.

“Once an actor has infiltrated a network with Netwalker, a combination of malicious programs may be executed to harvest administrator credentials, steal valuable data, and encrypt user files,” says the FBI bulletin.

Ransomware is any type of malicious computer code used to attack and encrypt files on a computer, device, or IT network. Threat actors that use ransomware typically attack companies, government entities, educational institutions, or any organization with the ability to pay their ransom demands. Ransomware encrypts the infected system and files until the threat actors demands for money are paid.

The FBI discourages paying ransom to malware attackers. Paying a ransom to threat actors does not guarantee that a victim’s files will be recovered.