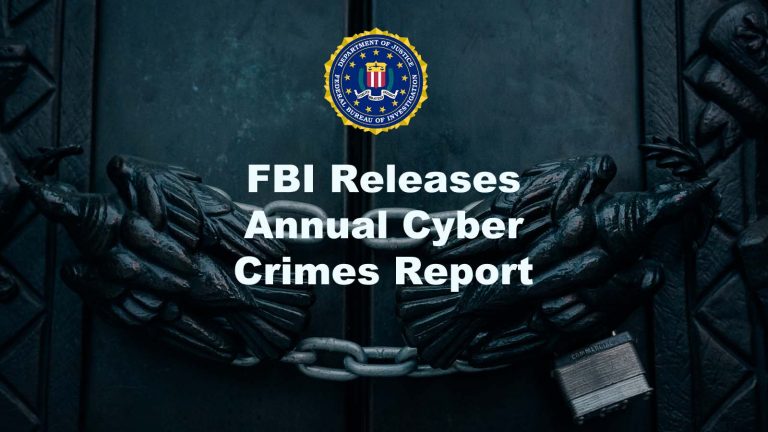 The Federal Bureau of Investigation (FBI) Internet Crime Complaint Center (IC3) released its 2019 Internet Crime Report. The data gives statistics and shows trends on cyber crimes reported by the public through the IC3 website and includes the most prevalent scams for the past year. IC3 receives an average of 340,000 complaints per year. In 2019, the organization received 467,361 complaints with losses totaling over $3.5 billion USD.

On average the IC3 receives about 1,200 internet crime complaints each day. The majority of victims are over the age of 60. This age group also suffers the largest financial losses when compared to other age groups. There were less than 20 percent of victims under the age of twenty, yet they lost about half as much money as the 60 and up age group.

What are The Worst States for Cyber Crime?

In general, the states with the highest financial losses also had the greatest number of victims. But that was not the case for Washing and Maryland. Victims in those states had higher losses per victim.

Scammers targeting individuals and corporations have many tactics and storylines they use to trick victims. Regardless of the type of scheme and the tactic used, the goal is the same – to steal money. All law enforcement agencies can access and search the IC3 database through the FBI’s Law Enforcement Enterprise Portal.

Most Common Cyber Crimes for 2019

Phishing is a type of malicious email that hackers send to try and collect personal information, usernames, passwords, or even credit card numbers from victims. Sometimes the phishing email encourages the reader to send the information in a reply email. In other scams, the email contains links to a phishing website that asks the reader for highly sensitive data that results in monetary theft or identity theft. Smishing is similar to a phishing email, but the message is sent as an SMS text message with a link to a malicious website. Pharming occurs when the website the hacker Pharming modifies domain name server records to causes users to be directed to a spoof website that the hacker controls.

Reliable antivirus software can detect phishing emails and also detect malicious files before they start to work on your computer. Password vaults can generate strong passwords for you and store them securely.

IC3 received 23,775 Business Email Compromise (BEC) & Email Account Compromise (EAC) cyber crime complaints with reported losses totaling over $1.7 billion USD. In a BEC scam hackers and scammers try to fool corporate employees into paying fake invoices, transferring money to bank accounts that scammers have access to, giving away employee login credentials, sending employee W-2 data, and other scams. Scammers often get information from social media or corporate websites to make their phishing emails seem more credible. Some scammers are bold enough to call into the company to try and get a password to a corporate email or virtual private network.

In 2019, there was an increase in the number of BEC scams using payroll diversion tactics. In the type of scam, a human resource personnel are targeted. The scammer sends an email to HR with a request to change direct deposit information.

Although the delivery and the stories may differ the goal of these scams is to steal money away from elderly people. Retirees are perceived to have more money and scammers looking to separate them from their savings will stop at nothing. Romance scams are when people pretend to be interested in a romantic relationship. The scammer patiently builds trust over time before they begin to ask for money on the form of gift cards, merchandise, and even travel arrangements that can be canceled for a refund.

Tech fraud is when scammers or hackers pose as service personnel that can help victims with problems with computers, phones, or online accounts. They may claim they can help with malware or virus removal or a software upgrade. Sometimes the scammers are the case of the problem and conveniently in place to take of the issue for a fee. In other instances, the criminals pose as support technicians for major companies. There were 13,633 complaints of tech fraud complaints last year. Losses increased 40 percent over 2018 reports totaling over $54 million USD.

Ransomware is a type of malware. A Ransomware attack involves infecting a victim’s computer or entire IT network with computer code that takes control of the device. Ransomware works quickly to infect all computers that share the same network and tries to compromise as many computers as possible.
Ransomware is used to lock the legitimate computer owner out of their computer, Network, or to block access to certain files until a ransom is paid. The IC3 received 2,047 complaints of ransomware attacks with losses totaling over $8.9 million USD.

The city of Baltimore, Maryland was hacked not once but twice by ransomware which shut down city services. In March 2018, critical municipal services like fire, police, and emergency medical services including 911 and 311 calls were shut down by the cyberattack. The city was hit again in May 2019. This time hackers shut down financial services leaving residents unable to pay utility bills.

Baltimore was not the only government entity hit by ransomware. In 2019, more than 100 state and municipal agencies and 86 schools and universities with crippled by ransomware attacks.

The Internet Crime Complaint Center (IC3) was founded in May 2000. It serves as a central location for the public to report internet crimes to the FBI. Since its inception, over 4,883,231 cyber crimes have been reported. To report hacking, online scams, phishing emails or any other type of online crime, visit the IC3 complaint center online at www.ic3.gov