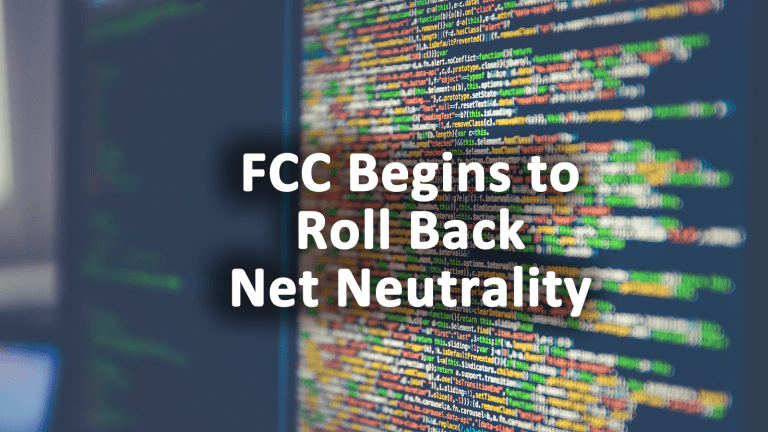 On 18 May, America’s Federal Communications Commission (FCC) voted to begin rolling back what has become known as net neutrality. The vote was a formality to approve a new review of the rules. The review process is expected to take months to complete. The three commissioners voted two-to-one in favor of a new review. The FCC will consider the public’s opinion before deciding exactly what the new regulation will be.

Net Neutrality is an Obama-era FCC regulation that makes it illegal to favor some types of content over others. It was instituted in 2015 and subjected ISPs to Title II utility-style regulations. It stipulates that all internet service providers (ISPs) must treat all internet traffic equally. No blocking, throttling or prioritization is allowed.

An ISP is an organization such as Comcast or Verizon that supply internet service to businesses and homes. Net neutrality requires that these ISPs do not give preference to some content while throttling others. Content producers such as Netflix are concerned that there shows may be served at slower rates because they compete with the content from the ISP. For example, a Netflix series might be served at slower rates because it competes directly against an on-demand show found only on Verizon.

ISPs might also want to give what is called paid prioritization to enterprise customers like advertisers. Ads and paid content cannot legally be served at faster rates under net neutrality.

Proponents of net neutrality maintain that no for-profit internet service provider would give equal bandwidth to all content. They feel an ISP would naturally want to sell more bandwidth to the highest bidder.

Opponents of net neutrality cite that many competing content providers already host servers in major ISPs data center. An application that can have spikes in demand or are heavily trafficked applications set up “peering connections” or “content delivery networks (CDN).” These are servers that physically sit in ISP data centers. So it becomes clear that the enterprise level customers that might pay for priority traffic already have a special business relationship with the ISPs.

The new FCC rules proposal is referred to as “Restoring Internet Freedom.” The new rules propose a return to “a light-touch regulatory approach.”

Comcast, Verizon, and AT&T, opposed the 2015 net neutrality rule because they feel it discouraged them from improving their broadband services. Facebook and Alphabet (Google’s parent company) and many other online organizations are in favor of net neutrality.

The FCC will be listening to public input until abbot August. At that time, it is expected that the three commissioners will once again vote along party lines to end net neutrality.