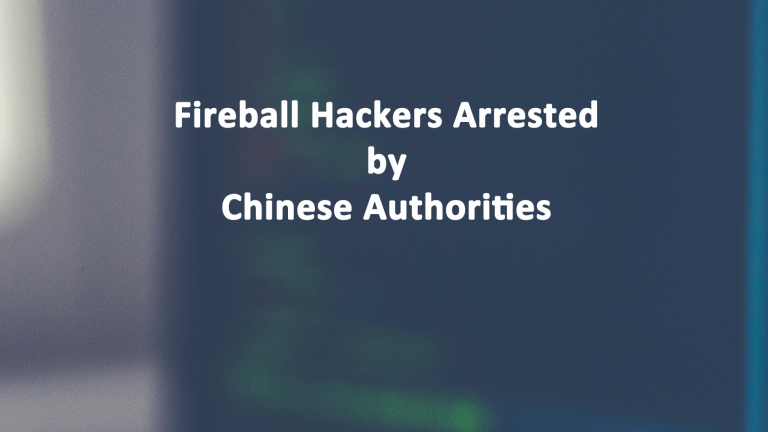 Chinese authorities arrested nine hackers who are responsible for the Fireball Malware. All nine people are employees of Chinese digital marketing firm Rafotech. Fireball infected about 250 million computers and has been around since 2015. Twenty-five million machines in India, 24 million in Brazil, 16 million in Mexico, 13 million in Indonesia, and 5.5 million in the United States were infected

Like other malware, it was spread through spam, pirated apps, and piggy backed with Rafotech’s freeware. The Fireball malware was also cleverly packed in Microsoft’s PowerPoint files. Users did not even have to click on a link to start a malware download. Fireball also spies on web traffic, executes malicious code, and installs other plugins without the users’ knowledge.

The malware generated revenue for the hackers by resetting the default search engines. The app was piggybacked onto other downloads and legitimate software developed by Rafotech. The malware infected computers and reset default apps. The hackers made money through clicks and other traffic to ads and websites. The Fireball malware generated 80 million yuan which is $11.8 million USD.

Why You Should Update Your Computers

Laptops, PC, and other device owners should update devices often. Fireball was blocked by Windows Defender since 2015. Yet 250 million computers or about 20 percent of corporate networks were infected despite an effective security patch.

Mashable reported that the hackers did consult with legal professionals prior to releasing the malware, indicating that they were aware of what they were doing and trying to escape prosecution.