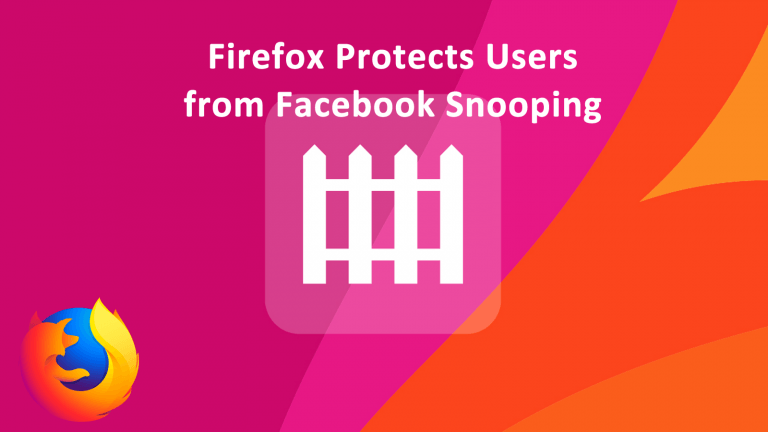 Mozilla announced the release of a Firefox browser extension to help its users protect themselves from Facebook’s prying eyes. The Firefox extension, Facebook Container, blocks Facebook from tracking your web activity.

In case you did not know it, Facebook tracks your web surfing, shopping, entertainment, and all a lot of other data and activity about you – even when you are not using their app. Facebook tracks your IP when you log in and out, all your messages, photos, videos, and calls in messenger too. You can download your Facebook profile and see what sort of information Facebook has on you.

Facebook Container does not delete or handle the Data the Facebook already collected on you in the past. The Firefox extension only stops new data from being collected.