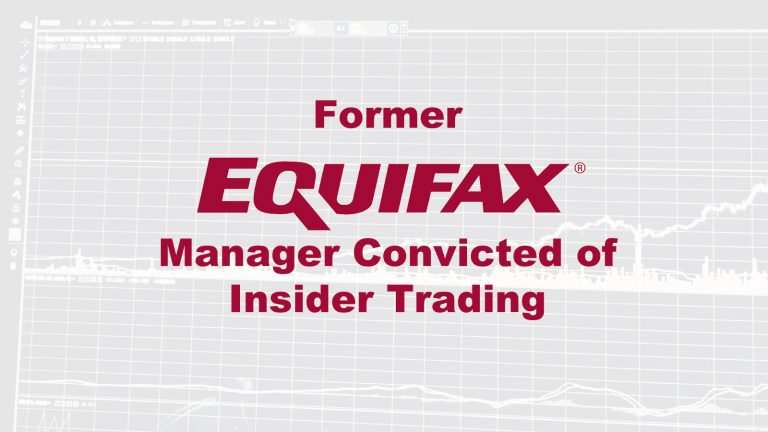 Former Equifax Manager, Sudhakar Reddy Bonthu, was sentenced today after pleading guilty to insider trading. The US Department of Justice (DOJ) announced that Bonthu was convicted and sentenced to eight months of house arrest. He was also fined $50,000 and he was also ordered to forfeit $75,979 in profits gained as a result of the trades The former Equifax Manager was part of team that worked on a web portal that concerned hacking victims used to determine if their personal data was part of the massive Equifax data breach in 2017.

The Equifax data breach began in mid-May 2017 until Equifax discovered the cyber security breach on July 29. In some instances, the hackers also obtained driver’s license numbers. In addition, 209,000 credit card numbers were also stolen. The data of 700,000 UK consumers as well as consumers in Canada was also hacked.

Bonthu who was a software product development manager for Equifax Global Consumer Services team, bought and sold Equifax stock options, while working for Equifax to respond to the data breach. Consumers were directed by Equifax to go to a website, www.equifaxsecurity2017.com to see if their personal data had been compromised.

The trades occurred before Equifax’s data breach was announced to the public. As a result of the data breach, hackers obtained the names, Social Security numbers, birth dates, and addresses of over 145 million consumers. About 3,200 passports images were hacked.

Bonthu bought 86 put options on September 1, 2017 that had an expiration date of September 15, 2017. The trades are also a violation of Equifax company policy, that prohibits employees from purchasing option contracts in Equifax common stock. Equifax publicly announced the data breach on September 7, 2017. The stock fell on September 8. Bonthu exercised his put options and made $75,979 in profit.

Another Equifax insider trading case against Former Equifax CIO Jun Ying is not yet decided. Ying pleaded not guilty to charges related to his sale of $1M of shares.

Equifax Inc. is a consumer credit reporting agency headquartered in Atlanta, Georgia. The company is one on the three largest credit reporting firms. Equifax has data on over 820 million consumers and more than 91 million businesses globally.