AskCyber Home » News » Malware » Fortnite Malware Risk – What Should I Do? 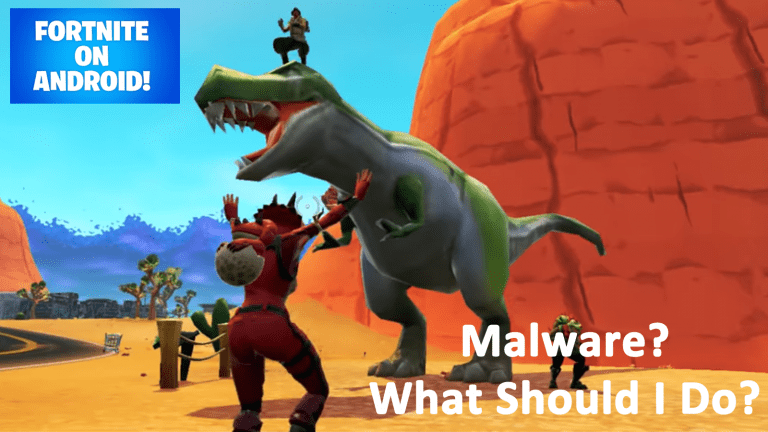 Fortnite Malware Risk on Android – What to Do Next

Fortnite the popular Battleground type video game exposed gamers to a risk for Malware on Android devices. The makers of Fortnite, Epic Games, recently announced that the Android app would be released via its own website rather than through the Goggle Play store. The Android community warned Epic of the security risks of circumventing the Play store, then Google Developers set out to prove them right by hacking the installer in one day.

Epic made the decision offer Fortnite downloads from its own website rather than through the Play store is due to revenue sharing. Apps that are downloaded via Google Play give up 30% of their in-app revenue to Google.

The first Fortnite installer for Android contained vulnerability that could allowed other apps to load malware. Fortnite Android players are vulnerable to malware during the installation process because of this decision to bypass Google Play for downloads. Google developers experimented with and documented how malware could easily be downloaded during the Fortnite installation process. In order to install any app outside of the Play store, Android users must bypass a few security features. Fortnite accomplishes this with the aid of another app. It was proven that any app on an Android WRITE_EXTERNAL_STORAGE permission could substitute in malware (or any other app) in place of Fortnite.

I Installed the Fortnite App What Should I Do Next?

Fortnite Android users should update their installer to the new version 2.1.0. Alternatively, gamers may, uninstall and reinstall Fortnite for Android to start over.