AskCyber Home » News » Gamers » What Game Companies Does Tencent Own? 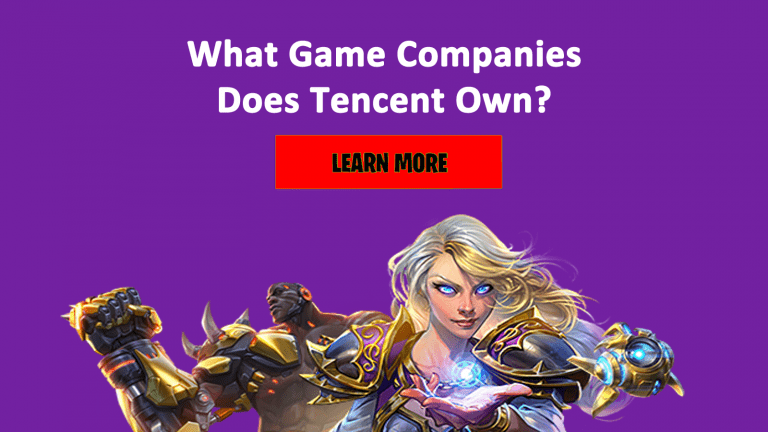 Tencent Holdings Limited (Chinese: 腾讯控股有限公司; pinyin: Téngxùn Kònggǔ Yǒuxiàn Gōngsī) is based in Shenzhen, China. Tencent is probably most widely known for its stake in the gaming companies that produce Fortnite, Call of Duty, Assassin’s Creed, Clash of Clans, World of Warcraft, and Rainbow Six Siege. The company also owns the messaging app WeChat and has more than 600 investments in its portfolio.

Tencent is BrandZ’s Top 100 Most Valuable Global Brands and is also controversial because of privacy concerns arising from Mainland China.

Tencent Holdings Limited is led by CEO Ma Huateng who is one of its founders. The company Nanshan District, Shenzhen, China and has over 10,000 employees. The company is public on the Hong Kong stock exchange. Naspers, a digital media company from Cape Town, South Africa owns thirty-one percent of Tencent and is the company’s largest shareholder.

One of Tencent’s best products is the messaging app, Tencent QQ.

In January 2011, Tencent launched Weixin, an app now known as WeChat. The messaging app has over one billion monthly users and is owned entirely by Tencent. WeChat lags behind its competitor WhatsApp in usage because it has not caught on outside of Asia, but it is much more than a messaging app. WeChat is also a social media app and can be used for payments, booking hotels, and buying tickets. However, in order to use WeChat for monetary transactions, users must attach payment information from a Mainland Chinese bank.

What Game Companies Does Tencent Own?

Tencent owns 40% of Epic Games, the maker of Fortnite. The company also owns an estimated ten percent of Bluehole Studio which has the best-selling video game, PUBG (PlayerUnknown’s Battlegrounds.)

Tencent wholly owns American video game developer, Riot Games which makes League of Legends. Forty percent of Epic Games is owned by Tencent after it invested $400 million in the game maker in 2011 and again in 2015. Tencent owns five percent of Ubisoft Entertainment SA, the maker of Assassin’s Creed, which publishes Ubisoft games in China.

After Tencent invested in Ubisoft the company altered its Rainbow Six Siege maps and UI to comply with Chinese government game regulations causing its subreddit to blow up. Under pressure from non-Chinese gamers, Ubisoft relented and maintains two copies of R6 Siege one of which complies with PRC standards.

Supercell is the maker of Clash of Clans.

How Much of Blizzard Entertainment Does Tencent Own?

Tencent owns gaming company Blizzard Entertainment, which is a subsidiary of Activision Blizzard, which has been the focus of controversy and protests after Blizzard rescinded the prize money and banned a professional Hearthstone player for his support of the Hong Kong protests. Blizzard produces the enormously successful World of Warcraft. Activision Blizzard is also a holding company and owns or operates other studios that Tencent would have a stake in.

Tencent has a $700 million USD deal with the National Basketball Association (NBA) to stream NBA basketball games in China. This month Houston Rockets General Manager Daryl Morey retweeted a message supporting Hong Kong protests. As a result, the broadcast of the NBA games was cancelled, and refunds were sent to live stream customers. The action supports Mainland China policies but is seen as censorship elsewhere.