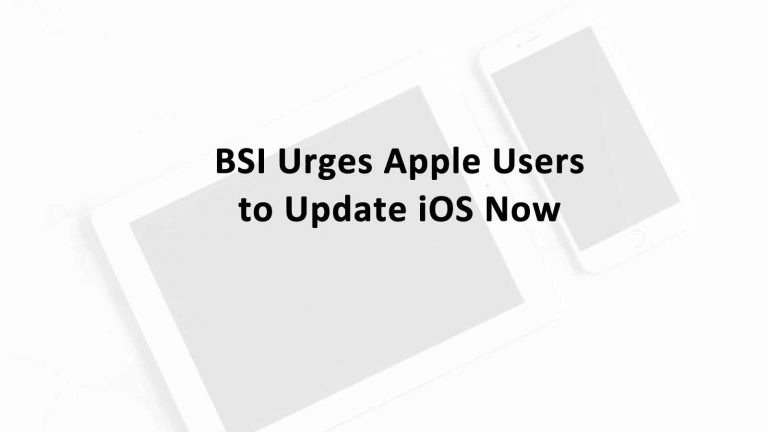 Germany’s Federal Office for Information Security (BSI) issued a statement warning Apple iOS Mail app user to update their phone with the latest security patches. Critical bugs exist allowing hackers to compromise the native Apple Mail app to steal, modify, and delete emails.  All versions of iOS are vulnerable to this security bug, according to a post by cyber security company ZecOps.

When the flaws were discovered, BSI President Arne Schönbohm stated, “The BSI assesses these vulnerabilities as particularly critical. It enables the attackers to manipulate large parts of the mail communication on the affected devices. Furthermore, no patch is currently available. This means that thousands of iPhones and iPads from private individuals, companies and Authorities are in acute danger. We are in contact with Apple and have asked the company to find a solution for the security of their products as soon as possible.”

Apple issued a statement acknowledging the flaws but stating that they did not pose an immediate risk to Apple Mail users since other security features help protect the devices. ZecOps reported that the flaw was already exploited to attack six high-profile victims to spy on and steal emails. The unnamed targets included an executive at a mobile carrier in Japan and employees of a Fortune 500 companies in North America.

“The researcher identified three issues in Mail, but alone they are insufficient to bypass iPhone and iPad security protections, and we have found no evidence they were used against customers. These potential issues will be addressed in a software update soon” Apple said in a statement.

Three security bugs are present on both the iPhone and the iPad versions of the native Apple Mail app. The operating system updates, iOS 12.4.7, iOS 13.5 and iPadOS 13.5,  issued by Apple on May 20, apply to iPhone 6s and later, iPad Air 2 and later, iPad mini 4 and later, and iPod touch 7th generation.

READ: Why Is My Phone So Slow?

According the post, ZecOps had uncovered a flaw in Apple Mail that “allows remote code execution capabilities and enables an attacker to remotely infect a device by sending emails that consume significant amount of memory,” Apple stated that they would issue a patch for the bugs in the future. It was released on May 20.

How is the Apple Mail Flaw Exploited?