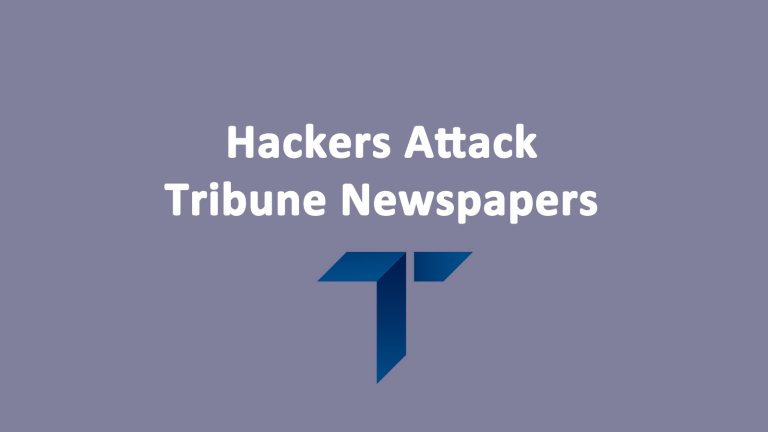 Tribune Newspapers were the target of a weekend cyber attack. Hackers infected Tribune with ransomware named Ryuk the LA Times reported. The cyber security attack infected Tribune’s publishing network and systems crucial to news production and printing processes. The goal of the hackers appears to be to disrupt production of the papers rather than to steal data. The ransomware attack began Thursday night and infected critical newspaper publishing systems by Friday.

Tribune Publishing said in a statement Saturday that “the personal data of our subscribers, online users, and advertising clients have not been compromised. We apologize for any inconvenience and thank our readers and advertising partners for their patience as we investigate the situation.”

Ransomware is a type of malware attack. Hackers infect a computer, router, server, tablet, smartphone, or other electronic devices. In a ransomware attack, hackers take over a machine in exchange for payment to release control of the system. One of the best ways to protect against malware and hackers is to keep internet systems up to date and patched with the latest software.

The malware shut down servers critical for storing news articles and photos which made it difficult to print the papers. It is believed that the hackers initiated the cyber attacked from outside the United States.