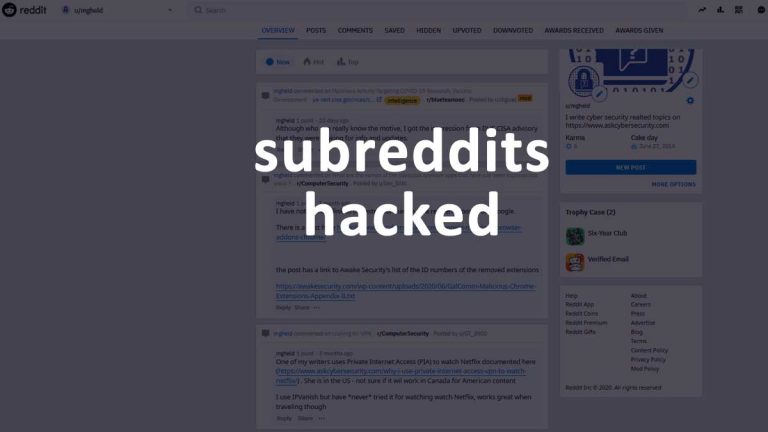 A number of subreddits were defaced last Friday. In a coordinated attack, 74 Reddit communities were defaced with images and messaging in support of US President Donald Trump. The proper moderators had been removed from their communities. It is believed that the hackers gained access through older, unused admin accounts that were not secured.

During the cleanup, many moderators (mods) posted that they had been hacked through an older mod account. The hackers had removed the current moderators from their subreddits and then posted Trump images and messaging.

Moderators had to remove the content to clean up their communities.

One of the images used to deface the subreddits can be seen here https://imgur.com/a/dGTj3zw

To help avoid attacks like these, moderators have to enable two–factor authentication (2FA) where it is available. Two-factor authentication forces the admin to use a second credential  – SMS text, email link, code from a phone call, etc. – to log in to an online account. This added layer of security can help prevent unauthorized access to accounts because the hacker needs to have physical access to a device or another account.

The attacks occurred on the heels of a Reddit policy change at the end of June that banned some 2,000 communities for hate speech.  The subreddits r/The_Donald, r/ChapoTrapHouse were among the subreddits taken down. Most of these were inactive.

That policy change came on the heels of Black Lives Matter protests.

Most of these subreddits are under the control of their proper moderators again and cleaned up.