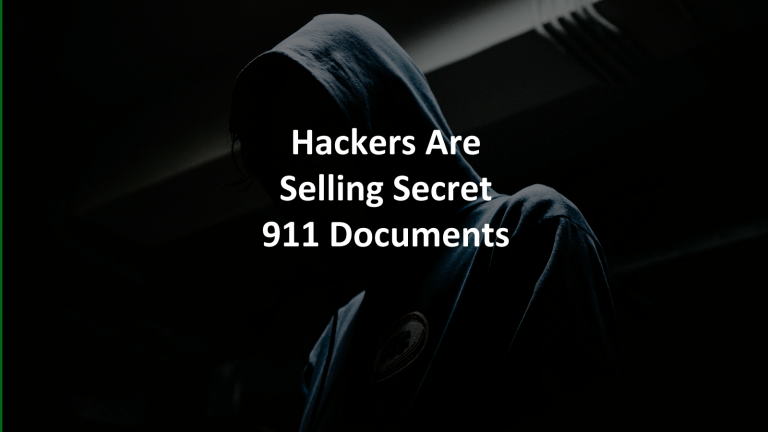 A hacker group known as The Dark Overlord is selling and ransoming sensitive secret US government documents related to the 2001 September 11 terrorist attacks. The hackers announced that they have over 18.000 secret documents with highly sensitive data related to the 911 attacks. The Dark Overlord announced that the documents are for sale to adversaries of the United States including terrorist organization.

The Dark Overlord hackers have an archive with 10GB of files they allegedly stole. The group posted a sample set of letters, emails, and documents online. The files mention several law firms, the US Transport Security Administration, and the US Federal Aviation Administration. The cache of files is encrypted.

The demand for payment states, “If you’re one of the dozens of solicitor firms who was involved in the litigation, a politician who was involved in the case, a law enforcement agency who was involved in the investigations, a property management firm, an investment bank, a client of a client, a reference of a reference, a global insurer, or whoever else, you’re welcome to contact our e-mail below and make a request to formally have your documents and materials withdrawn from any eventual public release of the materials. However, you’ll be paying us.” The files are also for sale on the dark web.

In this document hack, the hackers have named law firms that are involved, supposedly dozens of them. It is believed that the documents are related to litigation cases concerning the attacks. The Dark Overlord hackers encourage the solicitors to pay a ransom to have the documents related to them removed from the mass release of stolen data.

Who is The Dark Overlord Hackers?

Dark Overlord is a hacker group that goes after high-profile organizations including health organizations, schools, financial institutions, law firms, and media production companies. They hack into IT systems and demand a ransom for or sell sensitive stolen information. In the past, they’ve hacked insurers including Hiscox Syndicates Ltd and Lloyds of London which are amongst the largest insurers in the world. Hiscox, headquartered in Bermuda and listed on the London Stock Exchange had been hacked back in April 2018.

The Dark Overlord is also the hacker organization responsible for leaking an entire season of the Netflix series Orange Is The New Black.

Why Cyber Security is Important

This is an example of why sometimes securing extremely sensitive documents is best accomplished offline. The documents involved in this data hack were supposed to be destroyed after their use in litigation. If they were initially transmitted electronically is unknown. However, keeping them online poses a cyber security risk for hackers to breach the data contained in them. Although it is questionable how sensitive the data is anymore, given that it is almost two decades old.