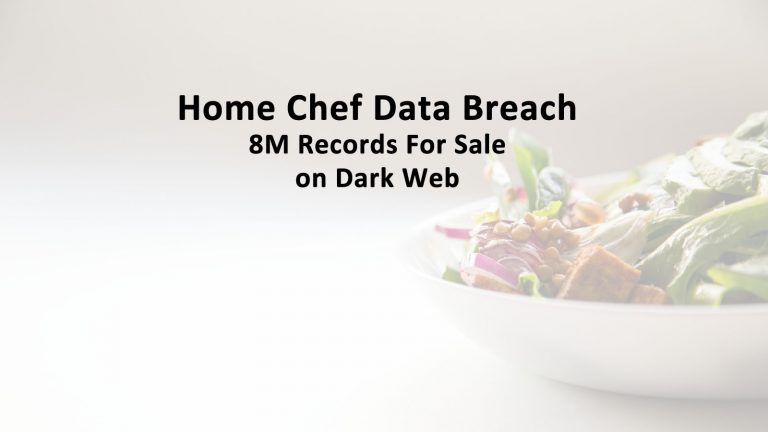 Hacking group Shinyhunters is selling eight million Home Chef customer records on the dark web. Also, for sale are user records from online printer ChatBooks and news site Chronicle.com. The data from Home Chef are priced at $2,500. This follows the sale of records from Unacademy and Tokopedia from Shinyhunters.

Shinyhunters is the hacking group that claims they hacked into Microsoft’s private GitHub repository.

Does this Data Breach Affect Me?

Often internet users don’t worry as much about stolen online credentials if money was not lost. However, hacked email addresses (even if the password was not breached) can result in monetary theft. Online scams and phishing emails often begin with data taken in past data breaches. Put together with other data from social engineering, hackers can steal money or steal your identity.

People often use the same password across multiple accounts. If hackers who buy the stolen email addresses from the Shinyhunter data breaches break into the email accounts, they can use that email to start resetting the passwords to more valuable accounts. For example, if you use the same work email for your Home Chef account, you can easily out your employer at risk for a phishing email that compromises the entire IT network. Sounds unrealistic, but it happens all the time.

All totaled, Shinyhunters is selling over 73 million records for $18,000.

What is Home Chef?

Home Chef is a subscription meal kit delivery service based in Chicago, Illinois. The company was founded in 2013. Kroger Company, the largest supermarket chain in the United States. Home Chef delivers three million meals monthly to its customers per month.