AskCyber Home » News » smartphones » How Do I Know If My Phone Is Hacked? 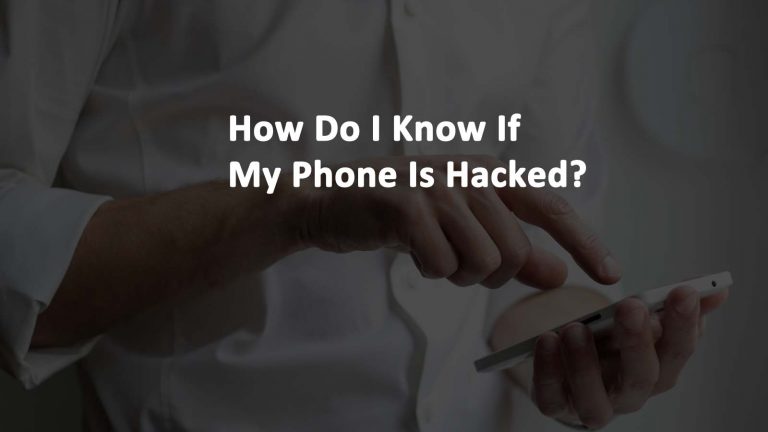 Are you wondering if your Phone is hacked? Although we all complain about short battery life and apps that work slowly, they aren’t necessarily a sign that your phone is hacked. Often when a phone manufacturer or wireless provider pushes an operating system update or an app developer adds new features, we are left with a less than ideal user experience. Security apps can help protect a phone.

A hacked phone or the apps installed on it may not function as well as they used to. But sometimes, a slow phone is not just the result of a bad update. Hacked phone often have hot batteries, reduced battery life, apps that won’t open or close, or a phone that won’t shut down. These are all serious concerns that may require the use of antivirus software to clean up your hacked phone.

READ: Apple Pay Mobile Wallet – How to Add a Card

Ways Your Phone Can Be Hacked

To prevent your phone from being hacked by someone who gets breaks into it, use a password vault app or biometric login protection to keep the phone and all the information on it protected.

READ: How to Secure Your Android Phone from Hackers

Signs That Your Phone Is Hacked

My Phone Is Hacked – What Do I Do?

Verify that there is no money missing form your bank account, fraudulent transaction on your credit card, or app store purchases that you don’t recognize. Notify your bank and credit cards that you’ve been hacked. You can also get identity protection and antivirus software for your phone. Change all of your passwords and use two-factor authentication (2FA) and including biometrics if your phone or apps use them.

How to Prevent Your Phone from Being Hacked