AskCyber Home » News » Hardware » How to Destroy a Samsung Galaxy S3 Smartphone with a drill! 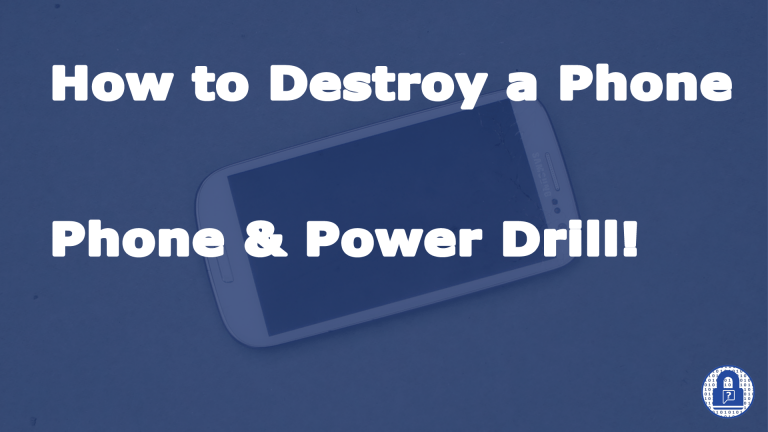 How to Destroy Your Phone | Samsung Galaxy | Drill versus phone

Have an old smartphone, but can’t use it anymore because it’s not working well anymore? If you cannot donate it to an e-up-cycling facility then have a little fun testing the limits of the hardware. When it is destroyed, it’s gone. Just make sure the SIM cards and memories cards are destroyed too!

The video shows one of our old Samsung smartphone destroyed by a Craftsman power drill. The Samsung phone was functional and in decent working order except for the broken screen. The Samsung Galaxy S3 is the last of the Galaxy series with a replaceable batter so it was sad to see this phone go. But the battery life was declining and the screen was cracked from a fall. A Second phone drop caused the screen to crack even more, so much that it cut the users’ face when they used it to talk.

The battery is left in the phone the entire time. The Galaxy S3 has power in the beginning of the video, but loses its screen and power as the drill goes in. The drill destroys the Galaxy S3 by going through its screen and into the hardware below it. It takes about two minutes to drill the phone so it is not functional anymore. The drill is repositioned part way through the video so that a second hole can be drilled.