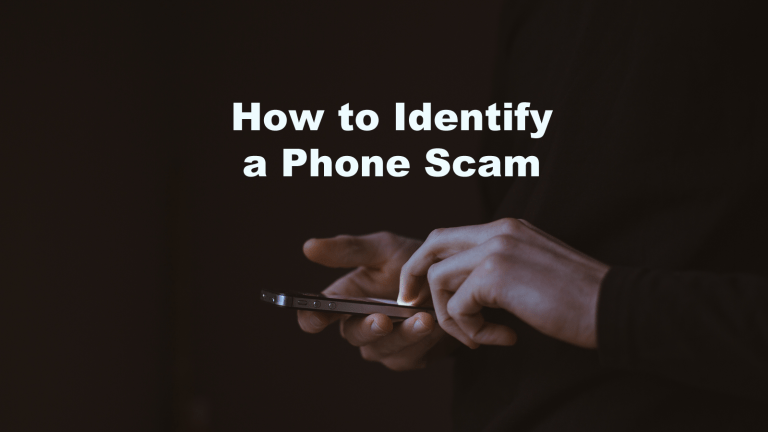 How to Detect a Phone Scam

Ways to tell if the caller is trying to scam you

Phone scams are a top form of fraud in the United States every year costing American over $9 billion in financial losses annually. The holidays can be an especially lucrative time for telephone scammers. People are in the spending state of mind and shoppers are hurried and stressed with commitments. Charitable giving is top of mind, making imposter scams (aka your “loved one in trouble”) the top fraud in 2017 with one in five people falling prey to imposters.

Today I received a call which I believe was a phone scam. The call originated from a landline in Massachusetts. I know this because I used an online tool to trace the number back afterward. The caller asked for me by name to which I asked, “Who is calling?” Normally I would not answer a call from an unknown number, but I had a tech support question out and it happened to be to a Boston company, so I thought it might be them.

The caller replied that he was from my bank. Okay, so he has that correct. Next, he asked me to verify my identity by telling him the last four digits of my Social Security number. And right there is where it all went wrong. I politely but curtly informed him that, “he called me,” so I would not be answering anything.” He went on and said that since I have “failed” to verify my identity he would “have” to ask me to tell him the answers to a few security questions.

Part of me wanted to agree so I could hear if the questions he had actually matched the ones I set up with my bank. But I firmly let him know once again that I would not be divulging any information. He replied that since I was not cooperating that he had to terminate the call. Yay.

It is true that the caller did correctly identify himself as being with a financial institution which I have a banking relationship with. But that does not mean he is a legitimate caller. Notice that the caller launched into asking for my social security number when I had not affirmed that I was indeed the person he was asked for. I simply asked who he was. He gave no name, just the name of my bank. He also did not identify the division he was with. I happen to have a few different account types with this bank and they are handled from separate centers.

The law requires telemarketers to state that this is a sales call. They must also inform you of the name of the seller and what they’re selling before they begin their sales spiel. If the disclosure is missing, as it was in my call, then unapologetically terminate the call.

It doesn’t matter who the caller claims to be or what CallerID is telling you. Never, ever give out any personal information to someone who called you first. Never.

I suspect that I may be one of the 500 million Marriot hotel hack victims although I have not received anything from Marriot confirming that is so. The Marrit hack carried on for years. This phone scammer could have purchased my data from that hack. Last night I had to retrieve my userID for one of my credit cards. The verification question only asked for the last four digits of my social security number.

The FTC reports that the median loss from a phone scam in 2017 was $720. This is second only to the top money earning scam, travel, vacations, and timeshares, with a $1,710 median loss.

Scammers try to scare victims with startling statistics and threats. Legitimate companies and government agencies rarely call unsolicited. Types of scams include IRS Scams, Social Security Scams that focus on the elderly, the old you need tech support scam which may originate from your very own computer, imposter scams, travel scams, loved ones in need, neighborhood spoofing as well as other spoofed numbers.

How to Respond to Phone Scam Calls

Phone scammers claim they are “confirming” account information when really they are tricking you into giving it out. It is true that some may have your address before the call. They are looking to get more personal details about you so they can work their way into your bank account. Protect your credit card numbers, bank account details, and Social Security number. Don’t tell anything to callers you don’t know especially those who initiated the call to you. Asking you to “confirm” information is a ruse.

The law allows telemarketers to call only between 8 am and 9 pm. A call outside of those hours is disregarding the law or is a scam caller.