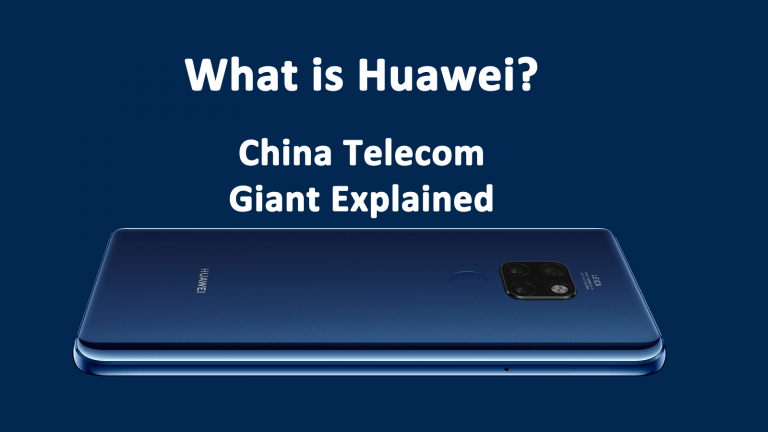 Huawei is a consumer electronics and telecom company based in China. Huawei is the second largest manufacturer of smartphones in the world. Samsung is the largest producer. Apple is the third largest. Huawei ranks 72nd on the 2018 Fortune Global 500 list with a revenue of over $100 billion US dollars.

Huawei mobile devices, equipment, and service are available in Europe, Asia, and Africa. Consumers can purchase Huawei phones in the United States, but they are harder to find as there are no relationships with major carriers like Verizon and AT&T.

Huawei has faced allegations that its smartphones contain backdoors used by China to monitor conversations and activities of users. Huawei’s founder, Ren Zhengfei, is a former engineer in the Chinese People’s Liberation Army.

Huawei Technologies Co., Ltd. Chinese consumer electronics and telecommunications equipment company. The company was founded in 1987 in Shenzhen, China in Guangdong Province and sells mobile devices and services in over 170 countries. Huawei products include smartphones, tablets, wearable devices, as well as network services.

China, Huawei, and their History

Ren Zhengfei grew the telecom switching equipment product lines by reverse engineering foreign devices. Huawei grew its business by providing telecom services and equipment to rural areas. Local officials were paid dividends for using Huawei equipment, a practice which is not illegal, but was considered rather questionable. In 1994, Huawei won the contract to build the first national telecommunications network for the People’s Liberation Army.

Huawei launched its wireless GSM-based products in 1991 followed by CDMA and UMTS devices. Huawei expanded to Hong Kong, India, and then Sweden. Today the company sells in over 170 countries. Research & Development (R&D) centers exist in 21 countries including Canada and the United Kingdom. There is an R&D center in the United States as well. However, the major mobile carriers have turned down offers to partner with Huawei for consumer device sales.

The CFO of Huawei, Meng Wanzhou, was detained then arrested while changing planes in Canada on December 1, 2018. She was arrested by Canadian authorities at the behest of US authorities. Meng is accused by the US of helping Huawei circumvent UN sanctions against Iran. She allegedly told banking institutions that a Huawei subsidiary was a separate company. Meng is the daughter of founder Ren Zhengfei. She also goes by the names of Sabrina Meng and Cathy Meng, serves as the deputy chairwoman on Huawei’s Board of Directors.