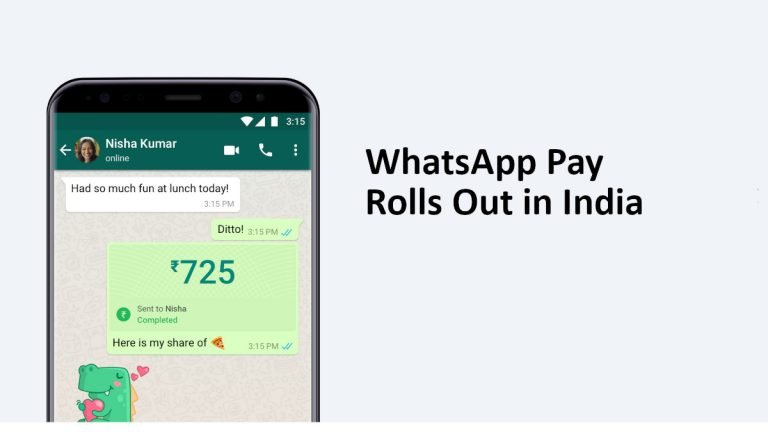 WhatsApp Pay, an instant payment service, is now available to users in India. The peer-to-peer money transfer service works with five banks in India and requires two levels of authentication. The service went live on 16 December.

WhatsApp Pay is convenient because the recipient does not need to have the app on their phone. They only need to have an account at one of the participating banks.

The Reserve Bank of India (RBI) is working to extend digital payments to more people – even to those who do not have bank accounts. To comply with RBI regulations, nonbanks must register as a payment transfer agent. For security reasons, the app technology store data locally and comply with know your customer or know your client (KYC) requirements. With KYC banks must Aadhaar-based verification number and PAN as ‘proof of identity and proof of address’ together with a recent photograph. A video system is now available.

The instant payments service uses the Unified Payments framework developed by the National Payments Corporation of India (NCPI).  At first, the payment service will be limited 20 million users, according to a post on EconomicTimes. One millions users had participated in the beta version of the payment system,

Walmarts’ PhonePe app is the most widely used payment app in India.

June of this year India banned 58 Chinese apps including TikTok and WeChat The move came after a border skirmish between Indian army troops and Chinese troops. Fastenal later the Indian Army banned Facebook along with 88 other apps due to security concerns.

Social media users are often careless with the ways they use social media apps. For example, sharing personal details, even in the form of photos, on social media can lead to identity theft and financial theft.

People use the same login credentials for social media that they do for their bank accounts or workplace accounts. That means if a hacker compromises your WhatsApp or TikTok then they may also be able to get into your online banking app and steal your money.

WhatsApp Pay users will user a PIN number along with two-factor authentication to help bolster security.