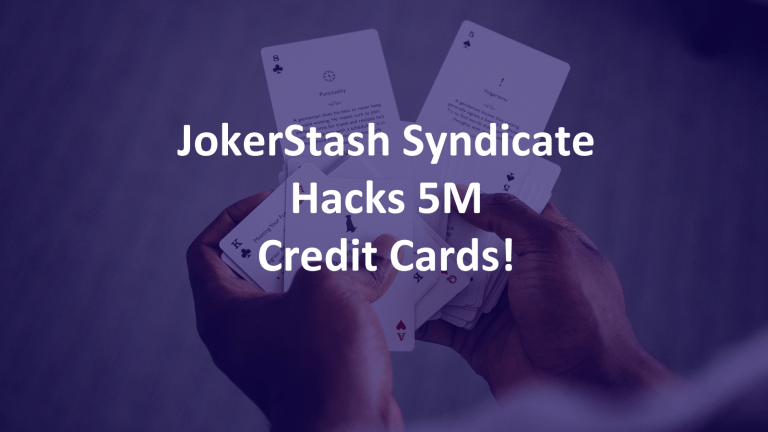 The group believed responsible for the theft is a hacker group known as JokerStash. Credit card data was lifted from Saks Fifth Avenue, Lord & Taylor, and Saks Off 5th Avenue in-store sales dating from May 2017 to present day 2018.

Hackers typically steal credit card and personal information and then sell the data through various outlets including the dark web. Customers of high-end retail stores like Saks and Lord & Taylor in the tri-state are assumed to have high credit limits. Purchases of expensive items such as electronics, smartphones, and laptops could easily go undetected by security algorithms.

On 28 March 2018 JokerStash announced that the five million stolen credit and debit cards would be available for sale. According to Gemini Advisory, about 125,000 of those credit cards have been put up for sale on the dark web so far.

JokerStash hacked credit cards from several other retailers besides Hudson’s Bay Company and is responsible for the Chipotle Mexican Grill hack and Trump hotels.

According to the Gemini Advisory report, most of the card numbers were hacked from New York and New Jersey stores.